It isn’t hard to notice that last year’s Ramadan season moved further away from the traditional focus and themes to lean heavily on our long-awaited return to the international football stage. While many celebrities took stage on many of the holy month’s ads, as per usual, the national team upstaged many in terms of broad usage. Vodafone’s original Ramadan musical ad even played on this notion, stating that “it was their year.”

The CAF’s AFCON may not be the major powerhouse that our return to the FIFA World Cup was, but it will clearly be a strong initiative or have a strong pull on brands and agencies to yet again look upon our love for football as a way to break through this Ramadan.

Will Football take over?

Just like last year, we are looking ahead and see that football and the team will be important elements yet again at this year’s Arab superbowl. However, not everyone felt that way.

We chatted with Business Mixologist and consultant Amr El Togbi to see what his thoughts were. He stated that “brands will try to hack football but it won’t be until mid or end of Ramadan,” due to the fact that there will be 2 weeks between Ramadan’s end and the start of AFCON, “it is close enough for brands to launch in the last 10 days of Ramadan but not from the beginning.”

While this can be a factor, we at Think Marketing feel that many brands will stick to the same themes and journey as last year in which many WC related ads popped up early in the season. Most brands will hold off, as Togbi noted, until mid or late Ramadan, but big hitters such as the telecom industry are highly likely to drop AFCON ads early on.

Togbi also mused that brands might opt for multiple campaigns this year, rather than multiple ads under one umbrella. We saw Vodafone do this successfully last year, as well WE with their tactical ad then theatrical release of their WE World Cup ad series.

It’s no secret that we Egyptians are crazy for the sport, and it is a popular marketing segment, brands will not want to look away during this season and the opportunity to grab hold of the intense feelings towards this year’s cup. Digital will play a major role this year, but will brands be more playful this year?

Dubai Lynx 2019’s independent agency of the year, Kijami, won this year’s Grand Prix for Entertainment with their playful campaign with cheese brand President.  It is a great example of how a brand and agency can be fun and engaging with the sport.

These are the 3 keywords of the season as ads within the Ramadan sphere expand beyond the religious holiday’s main themes.

For a few years now, we have noticed a growing shift in many brands, excluding NGOs and similar organizations, in which Ramadan’s themes are slowly being left behind for more contemporary themes.

Comedy and Sarcasm, an everyday part of our local vocabulary, has become more and more prominent on the ad stage, not just in the holy month. However, its presence continues to grow on a steep upcurve, with many brands focusing solely on these themes. While not every brand can create multiple campaigns and ads, and promote them all during the expensive season, it’s a little sad that most brands barely try to tie in the comedy with some of Ramadan’s main pillars.

Otherwise, a new exciting theme that we see is Independence. We saw this theme blow up in the last two years. From EGBank’s original series on Raouf in 2017 to last year’s Banque Misr’s You Can (Enta Te2dar), encouraging independence is becoming a big deal.

We hope to see more high-profile ads and campaigns this year that will lean on this theme.

The Spirit of Ramadan, Ready for a Comeback?

A common theme we saw in almost all of the big local marketing conferences last year was a comparison between Ramadan and Christmas. Many asked that we look towards Christmas as an example for the Arab superbowl that is Ramadan.

Although being a bigger and more celebrated holiday, mainly due to mass media, Christmas continues to maintain its cultural and core pillars and themes in various ad campaigns all over the world. The “Christmas Brand” has preserved its own unique culture even though it has been completely globalized and commercialized.

When we talked to Amr El Tobgi, he told us that he is looking forward to seeing the spirit of Ramadan into the ads we see, because many countries, like Saudi Arabia, have been able to preserve that Ramadan spirit and culture more than the rest of us in their advertising. “They are proud of their culture and they continue to preserve it,” he said, noting that they don’t just innovate and globalize, they are able to innovate while keeping the essence of the culture rather than simply globalizing.

How do you think we can bring the Ramadan spirit back and stronger than ever in our advertising? Drop your thoughts in the comments and we might brainstorm with you.

Who are we looking forward to? Check out our 2019’s Most Anticipated Ramadan Campaigns 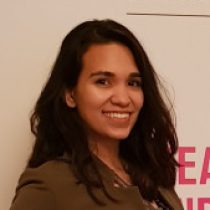 Christine Salzmann is a content strategist specialized in creating content based on digital insights. Currently the Head of Content at MENA’s most liked marketing community and magazine, Think Marketing Magazine, she uses her marketing knowledge to educate and update marketers in the region.

Can Disrupting Industries Improve a Country?

Can Disrupting Industries Improve a Country?