We love sport in our household; watching it, playing it, taking about it and just occasionally, arguing about it. The life-affirming nature of it; its ability to bring people together across generations; the pure unbridled joy of victory and learning to be noble in taking the crushing disappointment of defeat.  From jumpers for goal posts to the breath-taking skill of Usain Bolt’s phenomenal style and speed, sport’s power to engage and inspire is endless.

For the marketing industry London 2012 has been a great opportunity to showcase its talent, and bask in London’s history and beauty. In the warm glow of Olympic glory there will be a flurry of analysis on who won the marketing Olympics, which brands stood and out and which ones didn’t even make it off the starting blocks. But there is one thing that unites all these brands: they recognize the importance and power of sport and the passion it inspires in consumers. More importantly they have provided the financial support so vital to London 2012’s success.

So thank you Adidas for creating a campaign, which was an epic trailer for a spectacular main event. Congratulations Royal Mail for reminding me to send a proper letter rather than an email, adorned with a beautifully-designed stamp starring Team GB’s myriad gold-medalists. Thank you LOCOG for making me a tourist in my own city by taking the time to admire its majestic beauty.

And to all the athletes, brands, businesses, individuals, armed forces and volunteers, they have given us the confidence to believe that ‘Inspire a generation’ could be so much more than just a marketing slogan.

1.Don’t be afraid to show your emotion

The BBC’s coverage of the Olympics has been a tour de force of multimedia content, leaving companies across the UK struggling to serve up the necessary bandwidth needed to supply their employees tuning in en masse to live streaming. Not only did the corporation provide a phenomenal depth and breadth of coverage across all sports, it displayed incredible heart. From Steve Redgrave dispensing hugs and support to Team GB’s heroic rowers, to Claire Balding’s nerves of steel, the BBC was the brand that was most in tune with the emotional and passionate response of so many British consumers to this unique sporting event.

In an age where so many brands are relying on economies of scale and global marketing messages Adidas’ support of Team GB stood out amid a sea of competing marketing activity.  At a time when consumers are grappling with the emotional fall out of the recession, showing you are on their side is everything.

3. Engage with your employees

In the biggest peacetime mobilisation of people since the Second World War, the 70,000 volunteers who worked at the Olympics truly encapsulated the spirit of the Games.  Their enthusiasm was contagious, and we were treated to a view of what corporate Britain could be like if people actually cared about what they were doing.  From the Opening Ceremony to their unshakeable helpfulness they serve to underline the phenomenal importance of engaging properly with your staff. In fact, Harvard Business Review heralded this as the Olympics’ greatest feat: an unpaid, highly engaged workforce. 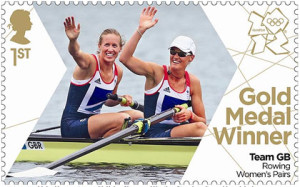 ‘We’ve won the Olympics; we’re going to be on a stamp,’ said Katherine Copeland to her partner Sophie Hosking. It was an unaffected moment of pure joy. And it was marketing gold for Royal Mail. While NBC was given a pasting for failing to stream events live, brands embraced and adapted to the trials and tribulations of the UK’s athletic talent in real time. From printing stamps throughout the night to Adidas’ beautifully designed Metro covers this was real-time marketing at its best.

5. You don’t own the Olympics: your consumers do

The drive to protect official Olympic sponsors from ambush marketing is rooted in economic necessity. However, the flurry of articles on brand police telling butchers and bakers to remove Olympic rings from their shop windows was counter-productive and helped create a climate where sponsors were the default scapegoat for empty seats at Olympic venues. Rights holders must strike the right balance between protecting their assets and appearing as fat cats at odds with consumers. In a national sporting event such as the Olympics brands must take better note of the public mood.

6. Don’t get carried away with brand tracking; focus on the big picture

We all know that London 2012 was to be the first truly ‘social media Olympics’ and we had a wealth of brand-tracking and social media studies to prove it. However, for brands such as Nike and Adidas, the real test of their Olympic muscle will be in cold hard sales. Those brands that kept their eyes on the prize with excellent execution, as opposed to endless analysis, thrived.

7. Don’t be afraid to polarise opinion

First there was the London 2012 logo, then the Olympic mascots Wenlock and Mandeville, which, to some critics, unfortunately resembled a one-eyed penis. Then there was the initial ire reserved for Stella McCartney and her (rather beautifully designed) Team GB kits.

With the power of retrospect, love it or loathe it, it is difficult not to be impressed with the standout and adaptability the London 2012 logo has shown throughout the Games. The Olympic mascots have been a huge hit with children (their target market) and both the Stella McCartney and Adidas brands have had a huge boost from adorning the backs of Team GB. The lesson is clear: when brands and agencies are prepared to play the long game and ride out the fear factor, the rewards are there for the taking.

For confirmation that Britain is a nation of eccentrics, look no further than the Beach Volleyball. X Factor style voice-overs, a troop of dancers, an air of the ridiculous typified through the playing of the Benny Hill theme tune – yet all came together to create an unexpectedly, hugely entertaining event. As Puma showed with its tie up with Usain Bolt and the Jamaican Olympic team, do anything except bore consumers.

Recession or no recession; investment and activation are everything. As Channel 4 has shown by producing the best and most supported piece of marketing in their history to promote the Paralympics Games, in a highly cluttered market creativity at its best will shine through.

For the generation that has grown up amid a sea of young people seeking fame for its own sake, without a focus on having any discernable skill, the London 2012 Olympics represent a phenomenal cultural shift.

From Nicola Adam’s historic gold medal in women’s boxing to sprinter Kirani James swapping his running number with Oscar Pistorius, the Games gave brands the opportunity to get behind some phenomenal and diverse role models. This trend will leave smart brands reappraising their reliance on over-pampered footballers to back the kind of heroes British consumers’ desperately need. The diversity and strength of Team GB’s female athletes also represents a huge opportunity for brands to take their sponsorship to the next level.

With the Paralympics around the corner the best could still be to come. So in the words of Channel 4’s current outdoor advertising campaign, ‘Thanks for the warm-up’, and thanks, London, for the memories.

This article was first published on marketingmagazine.co.uk 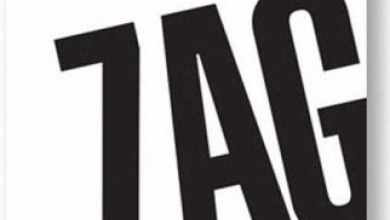