Another “reviving trend” is back but this time it is by another telecom company, Vodafone. Vodafone Egypt is known to be releasing creative adverts that always gain the admiration of the viewers.

The brand knows how to play it smart, it is aware of the trends, it knows exactly what people like, and it knows how to win over the audience.

A couple of days ago, Vodafone released its brand new advert and it suddenly spread all over social media platforms and people stated how much they love it. With not a single word and with just music Vodafone nailed its new Vodafone Red advert.

This is not the first time for Asser Yassin to appear in Vodafone campaigns as the famous super stars joined Ahmed El Sakka in the launch campaign for 4G services back in 2015.

The new Vodafone advert that was released is under the name of “You Are Number One” announcing the new add-on packages and offers for Vodafone Red members. This time the brand collaborated with the most loved actor Asser Yassin and produced a very simple yet very artistic and creative advert.

In less than 48 hours, the video acquired 3M views and have been shared by 1.7K fans on Facebook while it reached 1.3M views on YouTube and 159 comments on the video streaming website.

The advert starts with a one-shot scene of Asser Yassin dancing while doing activities and we have to admit that it was shot brilliantly. All of the advert’s scenes were taken in 3 places and each place had a one-shot scene that shows the skills of the DOP.

RED is introducing new plans that is inclusive of everything you and your family love, all on one bill. Now with RED you will enjoy subscriptions to your favorite apps like OSN streaming, Shahid VIP , beIN CONNECT , Watch IT and Anghami. 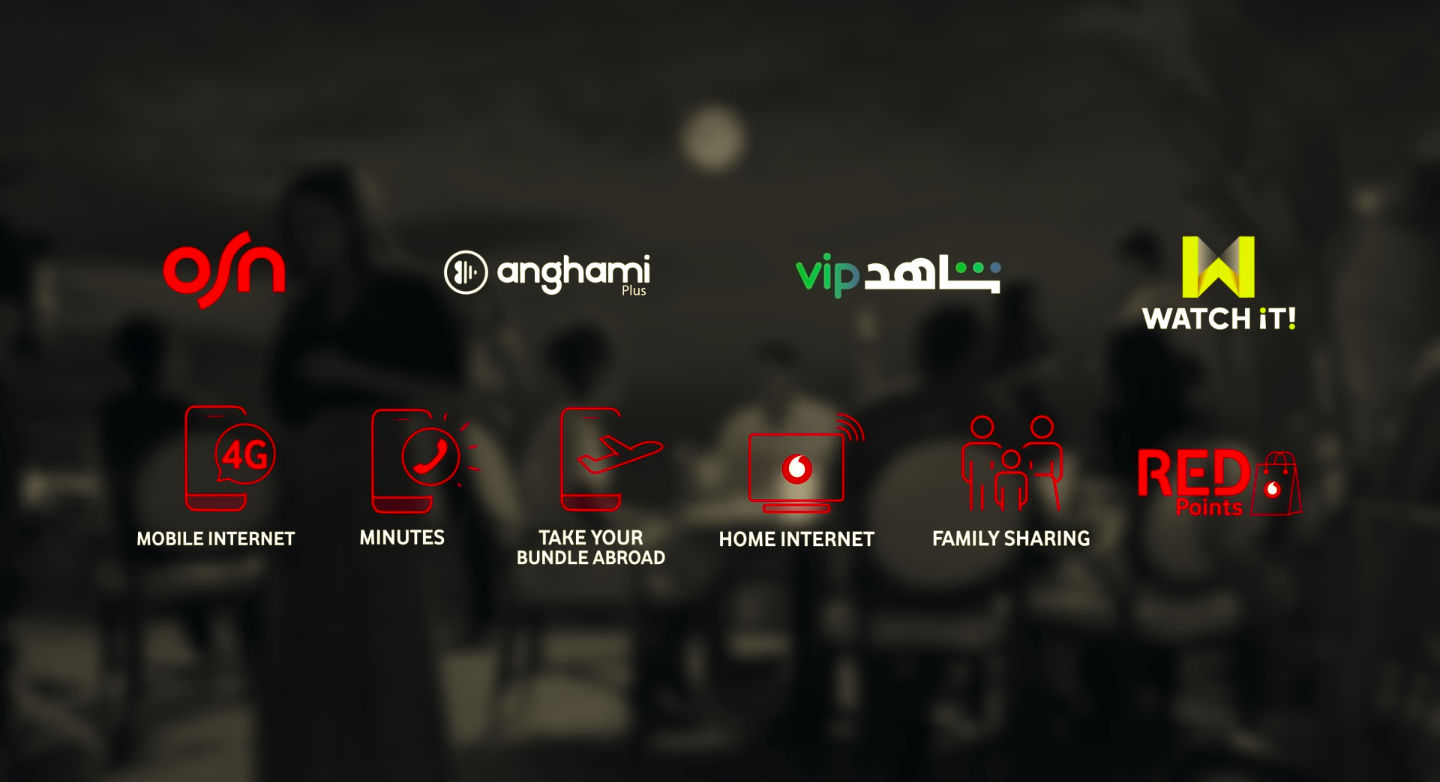 Also you will enjoy a free DSL bundle and for the first time in Egypt you will be able to take your bundle abroad and consume from your local bundle while roaming. Based on your rate plan, you will have a free DSL Bundle, varying between 140 GBs or 300 GBs for free. You can also upgrade to a higher bundle and only pay the difference.

Why This Advert Was Liked by Many People

Second, The advert was released right when Asser Yassin uploaded photos of him and Nelly Kareem together and people went spreading news that they will start shooting the second season soon. This gave the advert another reason to go viral since people already miss Mr. Omar.

Third, a while ago, a video of Asser Yassin dancing in a photoshoot went extremely viral and people shared it multiple times, so, Vodafone again used this idea and created a fun advert that has a piece of fun music, and some cool dance moves and gave people another reason to share it.

Fourth, how the video is shot is fun to watch and we have to give a round of applause to the editor since the advert was edited wonderfully.

Will We See “Sugar” in an Advert?

Until now, we have seen some of the gang and Mr. Omar who is the Partner of Sukkar AKA Sugar. So, we can’t help but wonder if another telecom company will collaborate with Nelly Kareem to impress us with another advert, or if Vodafone Red has more creative adverts in its pockets.

In the end, the advert is very fun to watch and the choice of music was excellent, with no words or conversation, Vodafone was able to create a very cool and artistic advert and was liked by many people.