Today it is widely known that a person is spending most of his or her day outside the house. Your day starts by heading to work, meeting friends, and then going back home. While being on the road, all you can see is billboards!

These billboards carry advertising campaigns to promote a certain product. Some get stuck in your head for their creativity while others can be forgettable.

Both cases will lead us to the point that billboards are seen by almost everyone. Therefore, to create an outdoor campaign, you have to consider many factors, so it leaves a positive mark in people’s minds.

A few days ago, all of the people on the internet talked about a certain OOH campaign describing it as “Weird” and “Cheesy”.

Starting an outdoor campaign is never easy! There are a lot of elements in the OOH campaigns that are essential in order for this campaign to succeed. These elements include creativity and impressiveness.

The whole campaign started when a billboard with a very poor design of emojis saying, “I love Soso” spread everywhere.

People instantly thought that it’s a message from a guy who’s trying to make amends with his loved one. And in fact, people made fun of it due to many reasons; first, the poor design, second the catchphrase. And third, the whole idea. 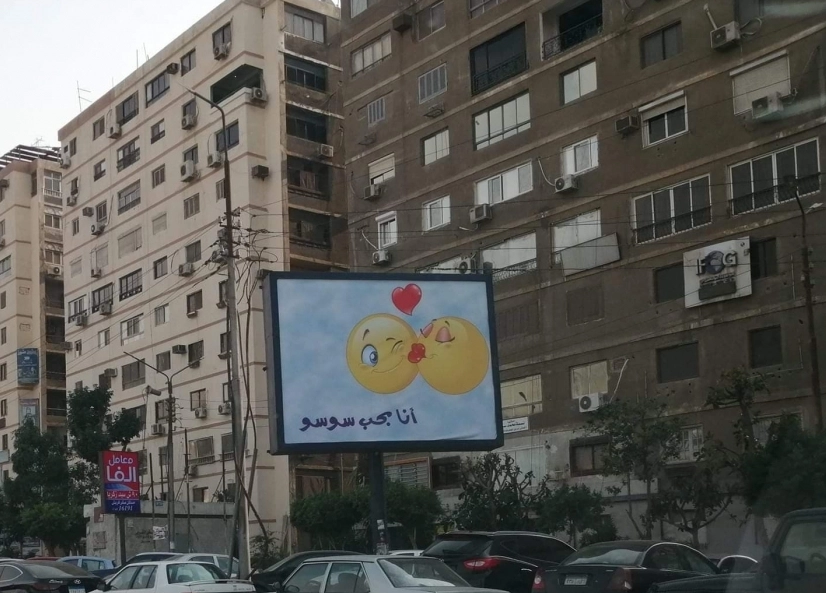 Not so long, the campaign was revealed, and turned out it was promoting Sweetal. Many people talked about it and stated their opinions of dislike! While other brands made fun of the campaign.

The pharmaceutical and healthcare company “Hygint” launched an outdoor campaign to promote its zero-calories sweetener product “Sweetal” and it gained an aggressive wave of sarcasm on social media.

If you’re wondering why people disliked the campaign so much, we will tell you why.

OOH campaigns have rules just like any other campaign. These rules include a target audience, tone of voice, attention-grabbing, and being Shareable. We can’t deny that the campaign grabbed our attention but not in a good way.

The campaign didn’t serve a specific segmentation and didn’t even use the right tone. We can also say that the brand voice is completely different from what the campaign is using.

The billboards didn’t serve the target audience, in fact, it provoked people because it didn’t make sense!

A Throwback to Relevant “Sweetal” Campaign

This is not the first time “Sweetal” has lunch an OOH campaign with poor visuals.

In 2018 the brand promoted its product through a campaign that had a design of a girl eating from a sachet with a tagline “The best diet sugar” and الرشاقة شقاوة والطعم اخر حلاوة” Or in Egnlish “Being Slim is good, and the taste is even better”.. Don’t ask, we don’t know what they are targeting with this!

To end this article, tell us your opinion of this campaign. Do you think it’s that bad? Or is it ok?

How Social Media Has Been Fighting Against Sexual Harassment

Here's What Egypt Searched For In 2020