As the launch of the Egyptian-made phone comes near, their marketing campaign has kicked into gear, and with that comes their newest video release.

The video starts with a technology marked pyramid that opens up and showcases the phone’s features and lists the phone’s specs that highly matters to any phone user such as the internal memory, the display screen size, the dual camera resolution, internal memory, processor and Android version.

The phone coming out of the pyramid implies that it is the outcome of a long journey full of challenges that only Egyptians could overcome and flash out what they reaped in pride.

The usage of the pyramid is of course a classic cliché but somehow it fits the occasion. Also showing Cairo’ Tower on the phone’s screen gave and extra sense of a home grown product.

Despite the cliché the video shows a very attractive modernly designed phone that promises to meet a lot of high end expectations. That’s a Jack pot but has to be proven on ground.

The video has done it’s job but still the phone has to deliver a satisfying user experience to Egyptian customers who won’t go easy on the phone or it’s after sales services. Yes they are willing to buy and are also determined to criticize…viscously…so…good luck.

First made in Egypt smartphone was unveiled at Cairo ICT

Over the past 20 years, Cairo ICT hosted over 5,000 exhibitors from 44 countries. Cairo ICT brought together key market players in the IT and communication industries to present their latest innovative products and new technologies.

The first ever made in Egypt cellphone was presented on Sunday at the 21st session of Cairo ICT – a regional technological trade fair – in New Cairo, with President Abdel Fattah al-Sisi present for unveiling.

Under the brand name of “Nile X”, the 4G smart phone’s price range generally costs less than imported phones of the same capacity, varying between LE 1000 and LE 4200. Sico’s feature phones will be sold at LE 200.

45 percent of the components of the smartphone will be manufactured in a Sico technological park factory in Assiut, with the park’s investments currently valued at LE300 million.

Who is SICO Technology?

SICO started back in 1951 by building its own bottling plant in Cairo. SICO started its very own Egyptian brand for soft-drinks offering a verity of flavours includes; Orange, Lemon and Mandarine.

Today, SICO bottling is the bottling arm for Coca-Cola in Egypt. 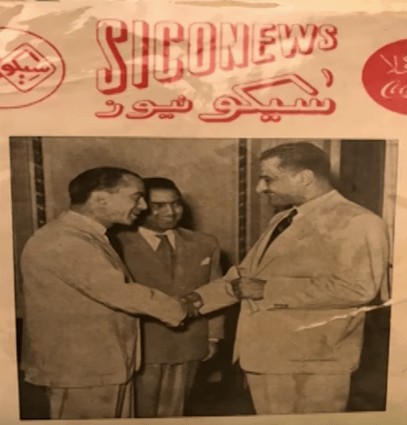 SICO Technology has been working in the electronics sector since 2003, and has been commissioning Chinese factories to produce its products, importing them under SICO’s brand for four years.

SICO offers a total 360° technological solution to retail and business clients. With the company’s increase in production rate and enlarging market, building a factory in Egypt has become a feasible project and it is currently being built in cooperation with the Ministry of Communication and Information Technology, with funding from Chinese investors.

SICO is currently building a new 4,000 sqm state of the art mass production facility in Assuit in partnership and full support of the Egyptian government with a huge production capacity started at 1.7 MM in the first year and reaching 2.7MM by the third year.

SICO Technology is the first Egypt based technology and handset manufacturer of reliable and affordable 4G smartphones.The first phones are to be 45% locally produced, with the aim of reaching 70-72% within the first year and to be increased on the long run.

The Nile X smartphone “Sico-manufactured” will be available in the market by 15 December 2017.

Events and Awards
2 weeks ago