In 2012, Garter, the tech research giant, predicted that more than 70% of Global 2000 organizations will have at least one gamified application by 2014. But by the end of 2012, it issued a more cautionary outlook, predicting that by 2014, 80% of gamified applications will fail to meet business objectives, “primarily because of poor design.” So, the question for marketers now is how to successfully and effectively gamify going forward.

It seems easy and commonsense to imitate successes in general. Also in gamification, cases of Foursquare, Lynx and others are widely copied and imitated, without deeper understanding of underlying psychology, behavioral patterns and business objectives.

A bliss and a curse, Foursquare’s meteoric rise in popularity caused its strategies to be considered status-quo for gamifying businesses. And while PBLs (points, badges and leaderboard) are effective incentives in some cases, they are in most cases superficial. The brands that are truly successful in using gamification are those that come up with meaningful rewards for user/customers, offering the highest value proposition possible.

Tapping into or riding on top of an existing consumer behavior and then rewarding that behavior is a good approach for gamification. Brands that have done it really well are the ones that have built the game layer into something that the user/customer is already doing and (ideally) loves doing. Case in point is Samsung Nation. Samsung, having seen an increasing number of (potential) customers and enthusiasts regularly surfing its website, interacting with brands and leaving feedback, decided to reward them by introducing reward/loyalty system at the points of interaction.

Integrating gamification elements at the product design/development level is another good idea for long-term branding and engagement thinking companies. Case in point is Nike+ and FuelBand.

This approach assures that gaming dynamics are not imposed as a superficial layer on top of a product/service, but are seamlessly aligned and inductive of achieving business goals of using the product/service.

Gamification is not about creating motivation. It is about reminding people of their (intrinsic) inspirations and aspirations. An excellent illustration of this is the run-up to launching Jay-Z’s memoir Decoded. The publishing house RHPG partnered with Microsoft Bing in creating a social game that attracted public interest and created huge buzz. To pique the curiosity of loyal fans and followers, pre-released pages of the memoir were printed on various surfaces and hidden around the world – from food wrappers to the silk lining of a Gucci jacket.

The campaign aimed to get an audience – fans and followers of Jay-Z – not known for reading books interested in doing so by hiding over 300 pages of the memoir in 600 placements and 15 locations worldwide. Fans/followers were prompted to find, assemble and decode the book together online before its release date. The campaign, among others, took home a prestigious Outdoor Grand Prix at the Cannes Lions. 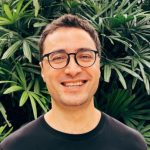