For years, Paris has been considered the fashion capital of the world. But in recent months, a new competing name has emerged—and it might surprise you. With its vibrant colors and rich history, Egypt is quickly becoming the new hub for international fashion.

With its picture-perfect destinations and breathtaking scenery, it’s no surprise that Egypt is quickly becoming the new fashion destination for global brands. From haute couture to up-and-coming designers, everyone is eager to display their work in the picturesque heart of Egypt.

The Rich History and Culture
As one of the world’s oldest civilizations, Egypt has a long and rich history visibly rooted in its art and culture; making it the perfect backdrop for fashion shows. Subsequently, Egyptian fashion brands draw their inspiration from the country’s multi-layered heritage; making them unique and visually stunning.

The Vibrant Colors
Another reason why Egypt is becoming the new hub for fashion shows is the country’s prevalent and vibrant colors. From the bright hues of traditional Islamic clothing to the bold patterns of African fabrics, there is no shortage of color to be found in Egypt. This makes it the perfect place for fashion shows that are looking to add a lively splash of color to their collections.

An Affinity for Fashion
In addition to being home to many talented designers, Egypt also has a long-standing affinity for fashion. For centuries, Egyptian women have taken pride in their appearance and often adorned themselves with jewelry and henna, among several beautification techniques. With such a strong appreciation for fashion, it’s no wonder that Egypt is quickly becoming a popular destination for fashion shows.

And among the many admirers of Egypt’s exuberant culture, were two world-renowned fashion brands who hosted their fashion shows in the country in 2022. . .

In October, Italian designer Stefano Ricci held a fashion show at the ancient Egyptian Mortuary Temple of Hatshepsut in Luxor, in Southern Egypt. For the first time in history, Egypt opened its doors to international fashion, granting the use of its Hatshepsut Temple in Luxor to the Italian brand of luxury lifestyle.

While announcing the event to the world, Ricci was quoted saying: “I chose to celebrate the 50th anniversary of my brand in a magnificent city, full of charm, art, and traditions”.
The result was a triumph of pure Italian quality and style mixed with 400 international guests, and 45 models at the first-ever international fashion show to be staged in Egypt.

The temple of Hatshepsut – and nothing else- served as a backdrop for the catwalk of models who paraded down its exterior stairs dressed in Stefano Ricci pieces. The event was attended by Italian tenor Andrea Bocelli, who opened the ceremony with arias from Giuseppe Verdi’s Aida Opera, set in ancient Egypt.

Ricci wasn’t the only fashion house eager to launch its anniversary collection in Egypt.

The French fashion house, Dior, held its first show at Egypt’s ancient Giza pyramid – a site which is in the process of getting a complete makeover in a €17,000,000 project – to showcase its celestial men’s fall 2023 collection against the majestic backdrop of ancient wonders.

‘My interest in ancient Egypt is about the stars and the sky. It’s that fascination with the ancient world and the parallels with what we look at today; what we inherited from them and what we are still learning from the past”, said Kim Jones, Dior Men’s Creative Director.

Jones unveiled two collections in Cairo this week, the first being the Dior x Denim Tears line at the Grand Egyptian Museum on Friday.

Presented amidst the founding symbols of civilization, the collection was a contemplation of Jones’ own place on the continuum of Dior -past, present, and future. An orchestral rendition of a piece by Max Richter made a fitting finale to the cinematic spectacle.

‘It’s about how the past shapes the future or an idea of the future from the past,’ said Jones.

It’s official—Egypt is the new centerpiece for international fashion. With its wealth of talent and growing fashion scene, Egypt is able to offer something truly unique to designers from all over the world: a scenic view to match every runway. So, keep your eye on Egypt – it’s sure to be making headlines in the fashion world for years to come! 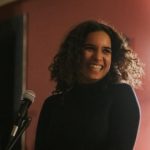 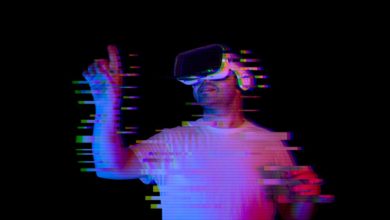 What Will the Future of Technology Look Like in… 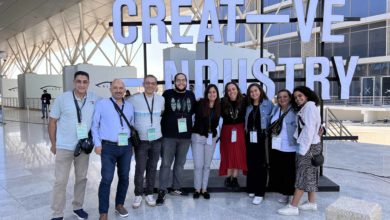