For years now, the comparison between Snapchat and Facebook’s constant updates of its apps have caused a lot of tense feelings, laughter and thought within marketing circles for a few years now.

For those who have consistently used Facebook and have at least tried Snapchat, the similarities and the constant changes by Facebook is clear.

Year by year, month by month, Facebook steps closer and closer to Snapchat’s shadow; almost to the point that some marketers and advertisers have called Facebook a copycat, simply trying to steal Snapchat’s quickly growing user base.

Some marketers and businesses have called out Facebook CEO and founder, Mark Zuckerberg, as being too obvious in his sudden race to add applications and augmented reality filters (such as the animated masks that Snapchat is famous for) to almost all of his applications.

And after this year’s F8 Developer Conference, it seems that more and more people are convinced that there is a silent one-sided war inside Social Media.

This is not the first time that Facebook has tried to compete directly with CEO Evan Spiegel’s highly popular photo sharing platform. Facebook has been trying for years to either obtain Snapchat and others like it, or simply copy from it in obvious attempts to steal the competition’s audience.

In 2012, Mark Zuckerberg flew to meet with Snapchat’s CEOs where he was described to be making light threats that Facebook was going to take the market from them. Later it was announced that Facebook had produced a new Snapchat-like platform called “Poke.” Poke, which was coded in only 12 days, turned out to be a flop and was discontinued 2 years later.

In 2013, Zuckerberg met with Snapchat CEOs yet again but with a deal. A $3 Billion dollar deal, which was subsequently declined. According to a profile created by Forbes the next year, Spiegel sensed a weakness and opportunity which was why they decided to decline. Facebook left the meeting with its tail between its legs and what seems to be a grudge.

In 2014, Facebook launched another Snapchat-like platform, but with small changes and some new features. This too did not do so well and died a year later. In 2015 and 2016, Facebook rolled out 2 different tests for temporary messaging in Facebook’s own messaging platform, Messenger. The last test became a permanent addition to the messenger.

Last year Instagram, which was bought by the Social Media powerhouse, rolled out Instagram stories. Following in the footsteps of Snapchat’s identically named feature “stories,” people would be able to share photos and videos to all their followers for an exact period of 24 hours. Instagram also rolled out temporary messaging. Zuckerberg also acquired MSQRD, an application that creates face filters such as the filters that made Snapchat famous, the face filter technology has since been added to Facebook’s main app and Messenger.

Facebook’s newest challenge to Snapchat comes through last week’s F8 developer conference, in which Facebook announced that it would be pushing forward Cameras as the main stream gateway to Augmented Reality. AR, Augmented Reality, is when computer generated images and videos are added to the user’s real life view of the world, just like the AR filters that made Snapchat famous.

During his keynote speech, the Facebook CEO spoke about how they had launched a beta of the AR platform and tools for developers and artists to start a community where people will create content for Facebook’s AR platform. One of Snapchat’s biggest pitfalls has always been its lack of tools for outside creators and artists to create frames and AR filters for the massively popular app. With Facebook being the first to create it, it could be possible that more of Snapchat’s user base may move towards Facebook due to more accessible and diverse content.

Reasons behind the offer

Facebook has been having difficulties in reaching its original and most powerful demographic, 13-24 year olds, for quite some time now. Young teens have chosen to move beyond Facebook and move towards Snapchat, which is seen as more fun and exciting by the demographic.

Snapchat has always focused on this particular age group, and they love the company for it. The disappearing photos enabled teens to share photos without needing time to prepare, such as with Instagram where the average amount of time to take a photo is 7 minutes, as well as be unafraid of having parents and others find their photos in the future due to the application’s mission impossible-like destruction of photos after 24 hours.

This is most likely the reason behind Zuckerberg’s decision to not only try to buy out the growing tech company, but now to copy its features.

Another reason could be that, as admitted by Facebook themselves, it can no longer create growth because the application has reached its limit on advertising to users within its timelines. Perhaps the plan was to use Snapchat to introduce more advertising to its young users, who are some of the hardest audiences to reach in today’s much saturated world.

Currently, the only way to advertise on Snapchat is through branded face filters, frames and through the app’s feature “Discovery.”

Facebook on the other hand holds the monopoly on social media advertising, with both Facebook and Instagram handling large amounts of ad traffic every day. They are able to provide businesses and marketers with a wide variety of advertising services, from sponsored posts to carousel ads, because of this the company can enjoy following other pursuits such as connecting the world through the internet. Although, with the applications reaching its maximum capabilities in selling to the average user, it is no wonder that they are looking forward to either copying Snapchat’s success or buying it out from under them.

Zuckerberg does have a reason to fear Snapchat however, even with its own monopoly on the social media world, and perhaps that fear comes from a quote that he himself once said “We just believe that an independent entrepreneur will always beat a division of a big company.”

Facebook has been struggling not only with failing to reach a primary audience and lagging growth, but with its visionary’s ever growing portfolio of projects.

The CEO currently not only manages Facebook but also watches over projects that include worldwide connectivity, drones, Virtual Reality, and a political group called FWD.us. This may have spread him too thin as his main company is starting to fall through the cracks.

Facebook’s Newsfeed has become a sinkhole in which people try to go through as much information as possible in a short span of time. The application’s feature contains so much information, gathered from friends, acquaintances and pages users like, that it is easy to lose vital information in the chaos.

In 2013, the company admitted that “every time someone visits News Feed there are on average 1,5001 potential stories from friends, people they follow and Pages for them to see, and most people don’t have enough time to see them all. These stories include everything from wedding photos posted by a best friend, to an acquaintance checking in to a restaurant… With so many stories, there is a good chance people would miss something they wanted to see…” And it remains relevant until today, even with various updates to the application’s algorithms, the Newsfeed still seems over crowded.

An example of what may happen to Facebook is Microsoft. Microsoft was a strong monopoly until it decided it wanted to expand its portfolio of projects; it went from a thriving monopoly to trying to do everything and perfecting nothing. Facebook may be on its way towards this lesson from the past, although it is doing one thing right; by letting its subsidiaries such as WhatsApp and Instagram work as independent companies, Zuckerberg is giving himself just a little bit of breathing room. The question here is will he give himself enough room or have his empire crumble underneath him.

Late last year, Facebook rolled out multiple articles and blog posts on misrepresented analytic reports for variety of its tools. In September, Facebook announced that it was overstating the amount of page posts organic reach, the article was only the first of its kind to pop up through the year. Trust in Facebook’s analytical tools dropped as more and more information was released on various misreporting from the website.

Reports of misrepresented engagement metrics and reduced traffic numbers have gotten businesses and marketers worried, as they should. Without proper and trusted metrics, marketers could be losing money and effort without even knowing it. Facebook has been very good-natured and truthful by coming out with the data themselves without any push from outside sources, but the trust that many had in Facebook may have already been damaged too much.

Social media’s war, even Facebook’s obvious attacks and attempts to undermine Snapchat has caused a lot of controversy between two very different companies and CEOs. People may see a simple Facebook VS Snapchat, but in truth it is mostly an all-out attack from one company against a company only trying to defend itself.

Zuckerberg has always been a mirror of his company; he uses his platform to update people of his life and business, they have always thrived to be on a global stage. Facebook has a thirst for the public life and continues to fight to maintain its popularity on top of the leaderboard. The CEO has not been afraid to joke around with the noticeable comparisons between his company and Spiegel’s, throwing subtle comments on his social media.

Spiegel on the other hand is a more secluded person; while Zuckerberg’s office lies in the middle of a room filled with other employees, Spiegel hides in his office. The shy CEO’s personality also shows in the fact that many don’t even know how many people are on Snapchat, let alone how much revenue the company pulls in from its Discovery feature. Interviews are also scarce and limited as Snapchat’s founder prefers being modest or secretive.

How should Snapchat feel?

Snapchat’s biggest worry in this social media war against one is Facebook’s photo sharing app Instagram. Both are focused on mainly sharing photos and videos, and now contain almost the same features. Instagram already has a strong and thriving customer and user base, and perhaps with all of Facebook’s backing and additions to the photo app, it could spell the end for Snapchat.

Snapchat doesn’t hold back toward pushing against these thoughts, as the company continues to push forward into the new year without looking over its shoulders.

Although Instagram provides business owners with what Snapchat cannot, a viable business and advertising model, as well as Facebook’s own platform for designers and artists to create Augmented Reality content when the originator of the popular AR filters has not, Snapchat may not need to worry about falling behind.

Snapchat has been gaining even more popularity and loyalty as it competes with Facebook’s constant copy-cat applications and extensions. Young teens and adults see the social media giant’s advances as obvious and most have mixed feelings towards the new additions to Facebook.

In the end, the question is when will this one sided battle end?

Will Facebook, the already monopolizing social media giant simple win and either buy or kill Snapchat? Will Snapchat be able to fight back and continue being a strong viable threat to Facebook’s future success?

Only time will tell, but it seems like the battle so far has been balanced with Facebook trying but never really being able to beat down the yellow ghost of Snapchat.

We’d like to hear from our readers. How do you feel this could impact us as marketers and users of these services? 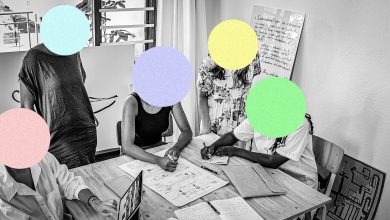 5 Reasons Why You Should Hire Gen Z 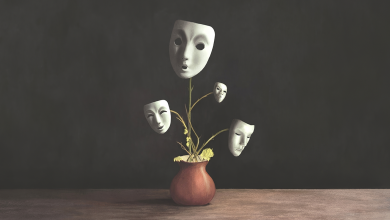