Ninety-two percent of consumers around the world say they trust earned media, such as word-of-mouth and recommendations from friends and family, above all other forms of advertising—an increase of 18 percent since 2007, according to a new study from Nielsen, a leading global provider of information and insights into what consumers watch and buy. Online consumer reviews are the second most trusted form of advertising with 70 percent of global consumers surveyed online indicating they trust this platform, an increase of 15 percent in four years.

Nielsen’s Global Trust in Advertising Survey of more than 28,000 Internet respondents in 56 countries shows that while nearly half (47%) of consumers around the world say they trust paid television, magazine and newspaper ads, confidence declined by 24 percent, 20 percent and 25 percent respectively since 2009. Still, the majority of advertising dollars are spent on traditional or paid media, such as television.

In Egypt, 91% of online consumers trust recommendations from people they know and 74% trust consumers opinions posted online, which witnessed the highest increase since 2009(+14%).

“There is a sea-change in the way recommendations are growing in importance inEgypt.  The last 1 year has seen an increased use of informal channels for 2-way communication inEgypt.  Consumer in Egypt are no longer willing to be only recipients of  messages from brands, they want to help contribute to what messages are being said about brands” said Ram Mohan Rao, Managing Director for Nielsen in Egypt. “Although television advertising will remain a primary way marketers connect with audiences due to its unmatched reach compared to other media, consumers inEgyptand around the world continue to see recommendations from friends and online consumer opinions as by far the most credible. As a result, successful brand advertisers are seeking ways to better connect with consumers and leverage their goodwill in the form of consumer feedback and experiences.”

Nielsen’s survey shows that 58 percent of global online consumers trust “owned media,” such as messages on company websites, and 50 percent find content in emails they consented to receive to be credible. Ads on branded website came second highest among Egyptian online consumer where 77% find them as trusted up 12 percent from 2009. Egyptians are much in line with the global average where 48% trust the content in emails they signed up for- down from 55% in 2009.

With the online boom inEgypt, consumers find ads on social networks as the most trusted (53%) online ads, followed by online video ads (51%), which rose from 38% in 2009. As for the ads appearing in search engines, 48% of the online consumers inEgypttrust them while 46% trust online banner ads.

“The growth in trust for online search and display ads over the past four years should give marketers increased confidence in putting more of their ad dollars into this medium,” said RAm. “Many companies are already increasing their paid advertising activity on social networking sites, in part due to the high level of trust consumers place in friends’ recommendations and online opinions. Brands should be watching this emerging ad channel closely as it continues to grow.”

According to Nielsen’s survey, one-third of global respondents trust video or banner display ads on mobile devices such as tablets or smartphones. Approximately one-third (29%) of global online consumers said they trust mobile phone text ads, an increase of 21 percent since 2009 and 61 percent since 2007.

Trust in text ads on mobile phones among Egyptian online consumers went up 12% from 2009 to reach 42%.

“The high cost of advertising in today’s fragmented media world forces marketers to strive for the most effective and efficient ads,” said Ram. “In order to boost advertising ROI, marketers need to make sure an ad’s content and message is relevant to the consumer who sees it.  While we expect to see high relevance levels in ads where the consumer is actively seeking information, such as on a brand’s own website or solicited emails, Nielsen’s survey shows that there is still much potential for marketers looking to reach the right audience through advertiser-driven messages.”

About the Nielsen Global Survey//

The Nielsen Global Trust in Advertising Survey was conducted between August 31 and September 16, 2011 and polled more than 28,000 online consumers in 56 countries throughout Asia Pacific, Europe, Latin America, the Middle East, Africa and North America. 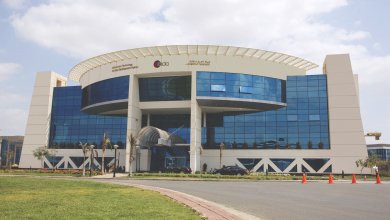 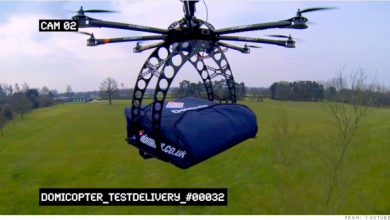