The Middle East accounts for 3.3% of the web’s users, and 3% of language use online- not a large percentage. But use of Arabic on the web has increased 2500% since 2000. The Arabic content gap is a thing of the past; while gaps irrelevant, localized content remain, Arabic use on the web is proportional to the population, and on the rise.

In Aug. 2009 Yahoo, the US internet company, says it has signed a deal to buy Maktoob, the largest web portal in the Middle East. The deal was the first major buy by a US portal company in the Arab region and aimed to expand Yahoo’s reach to millions of consumers across the Arab world. Technology blog TechCrunch.com, citing unnamed sources, estimated the value of the transaction at $85m.

Maktoob was founded in 2000 and claims more than 16.5 million users in countries such as the United Arab Emirates, Kuwait, Egypt and Saudi Arabia. The agreement did not include other Maktoob Group products, such as Souq.com, online payment website cashU.com and Arabic search engine Araby.com, which will operate under a new entity, the Jabbar Internet Group.

According to a study by Paris-based agency Semiocast, out of approximately 180 million tweets posted on a daily basis in October 2011, 2.2 million of them were posted in Arabic.

The amount of relevant Arabic content on the web also get a boost during 2011 from Wikipedia’s new reach into the region, in partnership with Cairo University, in which students will begin translating and creating original Arabic online encyclopedia pages.

[blockquote style=”quote” align=”left” author=”Maha Abu Elenein, Google’s head of communications MENA.”]We want the internet to be relevant for Arabic speaking users.[/blockquote]Google has launched an initiative that promotes Arabic content online. According to the guys at Google, there is only about 3 percent of Arabic content online. Compare that to the number of speakers (native and second language), and the initiative makes even more sense.

The initiative has been dubbed “Arabic Web Days”, and Google says that their goal is to build a “vibrant Arabic Web”.

Sarcasm pages used to be fast growing pages on Facebook for non-commercial proposes, All funny approaches is welcomed by Egyptians and it was well recognized recently how translating English movies into funny Egyptian dialogues have been welcomed and spread so fast.

Also a video created for God father with Egyptian touch //

Although most of you while reading this saw the funny part, But! to me it still a signal how The Egyptians are able to digest all cultures and re-produce it with Egyptian flavor !

Thinking about measuring which is more commonly used language for Egyptian online, It took a while to develop an approach which it can deliver a meaningful conclusion, Tracking language entions to the same topic and filter it into one geographic location [Egypt], seems to be a super complicated process and it seemed hard for any tool to accurately filter mentions, Putting in considerations that Egyptians speaks in Arabic, English & Franco-Arab, made it even more complicated.

I decided to make it as easy as it could be and just get insightful look on Twitter to see which word is more frequently used over the last month Egypt or, مصر …

One of the most critical factor for a communication plan success is the message developed and its relevancy to the target audience, try sometimes to develop Arabic oriented message that very related to the Egyptian culture and test the results ! 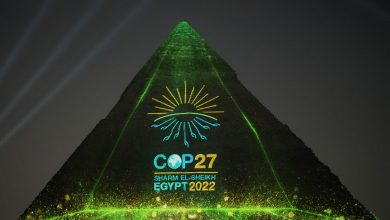