As a precautionary measure, UK flights to Sharm El Sheikh restricted but essential travel by air to or from Sharm el Sheikh.

Thomas Cook has cancelled all summer holidays to Sharm el Sheikh, as the Foreign Office (FCO) shows no sign of changing its warning not to fly to the famous Egyptian resort.

Diplomatic Solution is not Enough?

Back in November 2015, Senior British Government delegation of aviation and counter-terrorism experts visited Cairo for discussions on a joint plan to restart flights to Sharm el-Sheikh but seems the meetings held in November did not solve the issue!

Sharm, which has been a staple winter sun destination for the British for years, Sharm El Sheikh welcomes the majority of the 900,000 or so Britons that visit Egypt each year.

British citizens started a petition demanding the flight restrictions to be removed from all UK flights to Sharm El Sheikh: 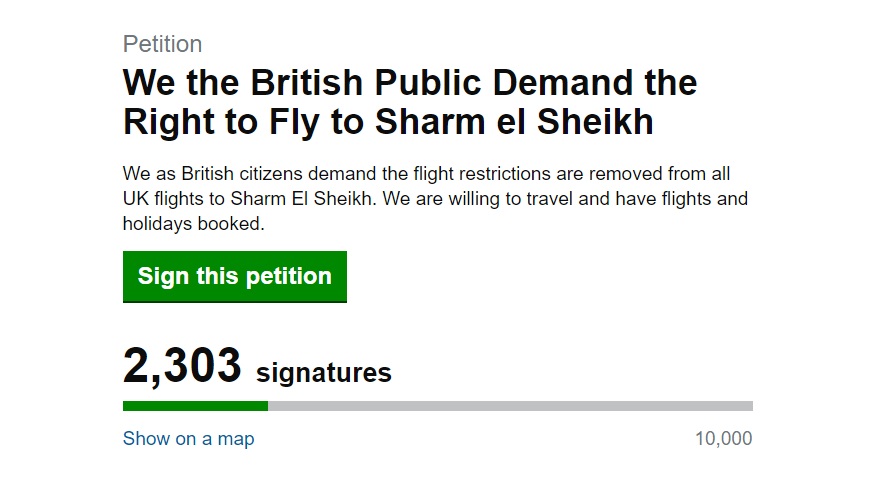 According to Brand Finance: Huawei Among World’s Top 100 Most Valuable Brands in 2016