ON last Tuesday, many Egyptians became the victim of an April Fools’ Day prank claiming that a The world famous Stringfellows is set to launch Cairo’s first lapdancing venue within weeks, A popular Egyptian news website Cairo Scene reported that the controversial club is set to open its doors along Zamalek’s 26 July Street later this month.

April Fools’ Day (sometimes called April Fool’s Day or All Fools’ Day) is an old custom celebrated every year on the first day of April. Popular since 19 century, the day is not a national holiday in any country, but it is widely recognized throughout European cultures and celebrated as a day when people play practical jokes and hoaxes on each other, both the jokes and their victims being known as “April fools”. Hoax stories may be reported by the press and other media on this day and explained on subsequent days. A popular theory for the origin of the holiday holds that those who continued to celebrate New Year’s Day on April 1st after the 1582 implementation of the Gregorian Christian calendar were mocked as “fools” or “fish”. In several countries, the fish is a common symbol of the tradition. [Via wikipedia]

The news portal Egyptian Streets also published a story about dinosaur bones were discovered in the Pyramids of Giza, While Scoop Empire reported that Kim Kardashian and Kanye West announced they had finally chosen the location of their much talked about wedding: Cairo!

Ihab Mousa, of Egypt’s Tourism Support Coalition,Several steps were recommended for boosting tourism in Egypt but none included allowing strip clubs or even night clubs to open. Certainly, it’s one way for brands to show customers that they have a sense of humor. It’s April 1 after all, which means companies and other organizations will be unleashing their false news via press releases and/or, Social Media making it sounds like a mega announcement trying to get in on a bit of April Fool’s Day buzz. You can find some of the jokes making sense and people would buy into it spreading news and viral sharing about your company which confirms marketers creativity in making use of April Fools’ Day for more brand exposure !

While the news been shared on Facebook for avg. 9.1 K times, It spread like fire on Twitter with 498,725 estimated accounts reached and estimated 1,449,472 impressions. Highest exposure source counts 1.3M impression devoted to Al Arabiya English account [@AlArabiya_Eng]. While the piece of news for Arabic users reached 132966 estimated accounts.

The related Tweets went with some political flavors without giving attention to the source of the news or, re-confirming it. As both sides where blamed first by attacking General EL Sisi supporters for allowing such a club which strongly against our culture and second by claiming its a rumor by Muslim Brotherhood and ex-president Mohamed Moursi supporters. There is no doubt that Cairo Strip Club April Fools’ Day propagated beyond CairoScene’s team expectations without spending any money on marketing or promotion and generated massive traffic to the website enough to exceeded servers bandwidth.

Even April Fools’ Day marketing announcements is not a timeless content, we advise every marketer who plans for April Fools’ Day 2015 if your trick worthy of being read by millions of people to take the lesson seriously and get ready for the news popularity by making sure he/she got a bigger server before publishing the announcements !

Now tell us if you still think it was smart trick to announce a strip club in Cairo?

You got ZAPed! IN by Vodafone pranks users with Zap Tharwat for April Fools

You got ZAPed! IN by Vodafone pranks users with Zap Tharwat for April Fools 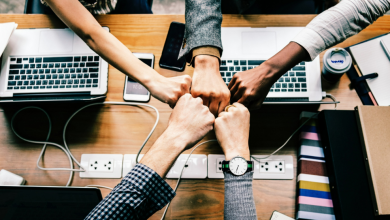