The bitten Apple is one of the world’s most notable and recognizable logos. The logo of well-known computer manufacturer Apple Inc., this logo has been used and changed in its over 3-decade tenure.
Here is a bite out of Apple’s history. (Scroll down for quick bites)

Interesting Article ➤ Have you ever read about Apple’s core values?

The history of the bitten apple:

The “bitten apple” is the logo of the well-known computer manufacturer Apple Inc. It is one of the easily recognizable logos in the whole wide world, a fitting symbol to the name of the company behind the picture. Here is one bite out of the apple’s history, to enlighten readers on how the logo sprang into existence.

The Apple logo was not always the same, or even remotely similar. Apple’s first logo was created by Apple Computer Co co-founder, Ronald Wayne, during the company’s incorporation in the 1970s. The logo was as different as could be from its current look, although still related to the Apple.

The first image to represent the computer company was Isaac Newton, the man who revolutionized science with his discoveries on gravity. How did he figure it out? An apple fell on his head!

Apple’s first logo was a depiction of this event, with Newton sitting under an Apple tree.

The Logo included a quote from William Wordsworth, a romantic English poet; “Newton… a mind forever voyaging through strange seas of thought.” The poem was written on the frame of the logo.

The Apple Gets Its Turn

The Newton logo was short lived, as Steve Jobs reportedly believed that it was too old-fashioned, or arcane.

The famous CEO soon hired graphic designer Rob Janoff, who then created the now classic and world-renowned logo of the bitten apple. Jobs quickly threw out the old Newton logo, and Apple’s logo was fully established and used by the end of the company’s first year.

Janoff’s original apple logo contained a rainbow spectrum, a nod towards Apple’s computer Apple II which was the world’s first computer with color display. The logo debuted a little before the computer’s launch. Janoff has said that there was no rhyme or reason behind the placement of the colors themselves, noting that Jobs wanted to have green at the top “because that’s where the leaf was.”

There have been many rumors and speculations about the new logo. Some people think that the shift to the apple design was to make it more appropriate for the company name. There are also people who think that the apple symbolizes Alan Turning, the father of modern computing, who took a bite out of an apple poisoned with cyanide that ultimately took his life.

Jean-Louis Gassée, former Apple executive and founder of BeOS, quipped about the logo:

One of the deep mysteries to me is our logo, the symbol of lust and knowledge, bitten into, all crossed with the colors of the rainbow in the wrong order. You couldn’t dream a more appropriate logo: lust, knowledge, hope and anarchy.

There have been so many rumors that the designer actually spoke out to calm the buzz. “It is a wonderful urban legend, somebody starts it, and then people go ‘oh, that must be it.’”

The multi-colored Apple logo was in use for 22 years before it was axed by Steve Jobs less than a year after his return to Apple in 1997. In its place was a new logo that did away with the colorful stripes and replaced it with a more modern monochromatic look that has taken on a variety of sizes and colors over the past few years. The overall shape of the logo, however, remains unchanged from its original inception 33 years ago.

The bitten apple logo may have had quite a history, a history whose parts remain unknown to people. However, it has not stopped the logo from being recognized all over the world. In fact, the company does not even have to print its name alongside the logo. The logo itself already tells it all.

The first Apple logo was designed in 1976 by Ronald Wayne, sometimes referred to as the third co-founder of Apple. The logo depicts Isaac Newton sitting under a tree, an apple dangling precipitously above his head. The phrase on the outside border reads, “Newton… A Mind Forever Voyaging Through Strange Seas of Thought … Alone.”

Not surprisingly, the above logo only lasted a year before Steve Jobs commissioned graphic designer Rob Janoff to come up with something more modern. Janoff’s eventual design would go on to become one of the most iconic and recognizable corporate logos in history.

According to Janoff, the “bite” in the Apple logo was originally implemented so that people would know that it represented an apple, and not a cherry tomato. It also lent itself to a nerdy play on words (bite/byte), a fitting reference for a tech company.

Quick side note: Corporate design sure was a lot simpler in the 70′s. Nowadays, companies like Pepsi spend millions of dollars on logo re-designs that are based on complete BS and new age mumbo jumbo.

As for the rainbow stripes of the logo, Steve Jobs is rumored to have insisted on using a colorful logo as a means to “humanize” the company. It also could be because it was launched right before Apple’s newest computer, Apple II which was the world’s first PC with colored display.

The current logo, the one everyone knows, wasn’t made simply because Steve Jobs is always looking to change things up. When Jobs returned to Apple in 1997, the company was bleeding money, and Jobs and Co. realized that the Apple logo could be leveraged to their advantage.

If the shape of the Apple logo was universally recognizable, why not put it where people could see it?

When Apple released their first ever iMac, the Bondi Blue, the logo was changed and its rainbow colors disregarded. The rainbow-colored logo would have looked silly, childish and out of place on the sky-blue computer.

The logo then took on a metallic look with embossing, which was applied on many of their products.

The “Glass” themed logo was the next evolution for the logo.

The millennial apple logo is now one of the sleekest and famous logos in the world, just as famous or even more than McDonalds’s yellow arches. Steve Jobs’s decision to hire Janoff, and go for a minimal styled logo (which is currently in fashion and may have started the “flat” logo craze) was another genius choice by the enigmatic founder. 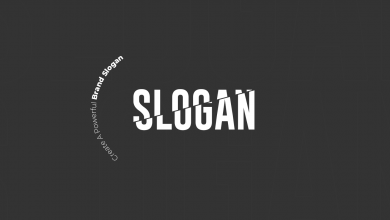 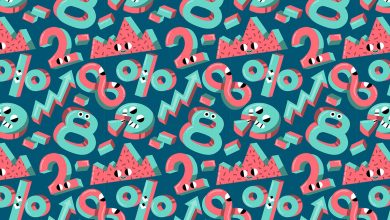 Brand Values: What They Are And Why Are They…