Amidst dozens of billboards popping up across the city, Orange has finally announced the launching of its 4G services. Orange was the second mobile operator, behind Telecom Egypt, to receive its 4G license, with Etisalat and Vodafone racing behind.

Under its new slogan, 4G for Everyone, Orange has ramped up its efforts to reaching as many customers across the country, even those in remote areas.

Doubling down on its investments, the company aims to develop its 4G network to extend it to all governorates.

In a room full of journalists and media, Orange unveiled this news with actor Mohamed Adel Emam, their face for their campaign, alongside with their new 4G ad.

Emam appeared at the conference with flair, letting us all know what we have always assumed, “It was for the money.” The actor laughed as he announced his delight to working with Orange, again repeating “but really guys, it’s for the money.”

With their 4G official launch, the company also released an exclusive promotion, providing customers with 4X the data they consume the day before. The promotion is free, with customers only needing to dial #4# to subscribe. 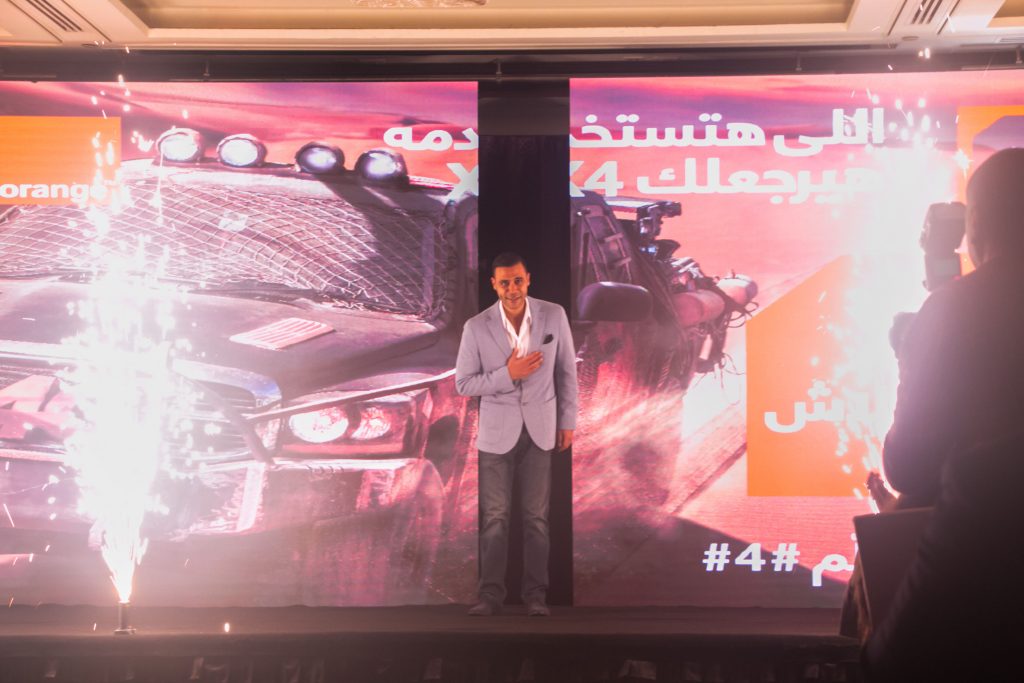 “Thanks to our new spectrum and up to date network infrastructure, we can offer today out customers, wherever they are, a faster internet access, a after internet gaming and a faster media streaming. Our 4G network deleivers unprecedented speeds up to 10 times faster than the 3G network, and 10 times than your DSL internet at home.” Said Orange CEO, Jean-Marc Harion.

Along with that, Orange also announced the launch of the Orange Flybox Router and a new partnership with STARZPLAY. The Flybox Router provides a 4G experience at home, without the need for a landline. Those newly subscribing will receive 3 months of internet for free.

Jamal Al Mawed: 5 Things That Every Marketer Needs To Do In 2018