We’re almost a week away from Mother’s day and many brands have started launching their campaigns to celebrate this occasion. This is the best time to celebrate mothers and brands take this chance to create offers to promote them through campaigns and adverts.

Since we’re keeping a close eye on the newly launched campaigns for mother’s day, we spotted a brilliant one by the one and only Vodafone; we can frankly say that Vodafone never fails to launch creative campaigns and this new advert has been spreading like fire.

So, let’s start and tell you all about the new advert.

Almost a day ago, the telecom brand launched its new advert to celebrate Mother’s Day and it is one of the best you’ll ever see.

The campaign is promoting Vodafone Cash’s offer for mother’s day which is a 20% discount on any gift you will buy from Vodafone’s partners.

Also, The campaign was launched without any teaser posts or campaigns; the brand just released the advert and promoted the new mother’s day offer with the hashtag كل_سنة_وكل_أم_حامي_حمى_العيلة_كلها#

The advert’s idea revolves around mothers being the backbone of their children. In a series of situations inspired by real life, the advert showed how mothers always defend their children against others and the idea was delivered perfectly.

What Makes The Advert So Loved

There are many reasons that made people immediately fall in love with the advert.

We all love anything related to mothers and the fact that these are situations that happen in real life makes it even more special and was a factor in attracting people’s attention. Also, the sense of humor used in the advert is another reason why people loved it.

The idea was implemented in a funny way and even emotional because it reminds the viewers how their mothers are always there for them. The advert succeeded in grabbing people’s attention and the fact that it’s relatable for the viewers made it go viral.

In less than a day, the advert has already made a huge buzz on social media, and people keep sharing it.

Since mother’s day is celebrated by everyone, the advert has actually reached everyone, not just its target audience. If you’re a mother, a daughter, a song, or even a husband, you will be able to relate to this advert’s idea.

This is why people are sharing on their social media accounts. If you’re a mom then you definitely relate to the advert, and if you’re a son or a daughter then you probably went through a similar situation where your mom had your back.

In fact, most of the comments on the advert are agreeing with its idea and that no one will love you more than your mom. Also, the fact that the advert is partially emotional made it trigger people’s emotions whose mothers passed away. 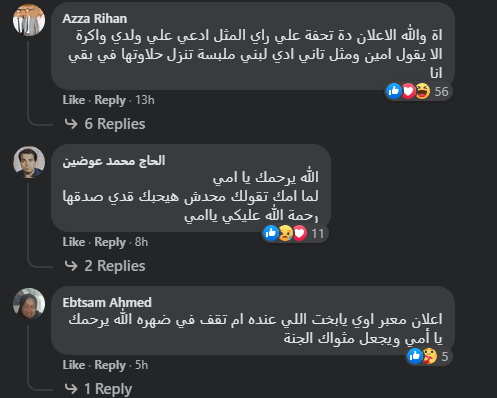 In about 18 or 20 hours, the advert has reached 10K shares on Facebook, 3.1K comments, 20K likes, and 1.5 million views. So, we expect more numbers in the comping days, as people still share the advert till now.

In the end, we want to give Vodafone a round of applause for always impressing us with creative campaigns and adverts.

Spotify Wrapped: All of Your Most Played Artists And Songs In 2021

Spotify Wrapped: All of Your Most Played Artists And Songs In 2021