It’s the first day of Ramadan and brands are jumping into the Arab Superbowl, throwing their best work onto our screens. One of the biggest anticipated campaigns has always been telecommunications service giant, Vodafone.

This year, Vodafone has chosen to leave behind its 3-year Family-theme but continues to focus on what brings us together in the end. This year’s ad isn’t just bursting with star power but also brings together some of the most watched people in the country.

With the World Cup right after the holy month, mixed campaigns were inevitable, and frankly one of the best choices for brands to make at this time.

Saad Samir, Ahmed Fathy, and Ahmed Hegazi’s appearances in Vodafone’s ad show that the telecommunications giant has been keeping an eye on their insights.

This isn’t the first time that the telecom company has used the national team, Saad Samir appeared in last year’s ad as well, alongside teammate Ramadan Sobhi and team coach Héctor Cúper.

The brand chooses 3 of the national team’s defenders to represent our country, to defend our reputation while in Russia. The brand continues to emphasize on the importance of the World Cup through a line that states “Ramadan is their time.”

The ad features other big names, such as famed football caster Medhat Shalby, alongside the national team defenders. Actors Amr Youssef, Amir Karara, Yasmin Sabri, Shery Adel, Dalal Abdel Aziz and Lotfy Labib are some of the other celebrities that appear in the ad.

Vodafone is the first brand to launch a mixed campaign so far. With both seasons, Ramadan and the World Cup, so close together, mixed campaigns will have the ability to strategically tap into the momentum of both at the same time.

Vodafone Egypt teaser campaign achievements till 17May 12:00 AM. #RamadanHub

The telecom’s choice of putting together its annual Ramadan theme song with the excitement of the upcoming World Cup will become advantageous for the brand in the long run.

Could Vodafone be planning for a new mega release right before the World Cup?

Only time will tell, but it will be exciting to wait and see. 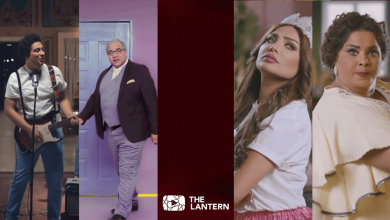