We happen to admit once that we absolutely love creative campaigns, and not just us, everyone loves a creative successful campaign.

And since we always enjoy talking about creative campaigns, we came across one that is hard to miss. It’s an OOH campaign that is launched by Twitter, and we have to say it is brilliant.

So, get ready for some laughter because you will enjoy this one. 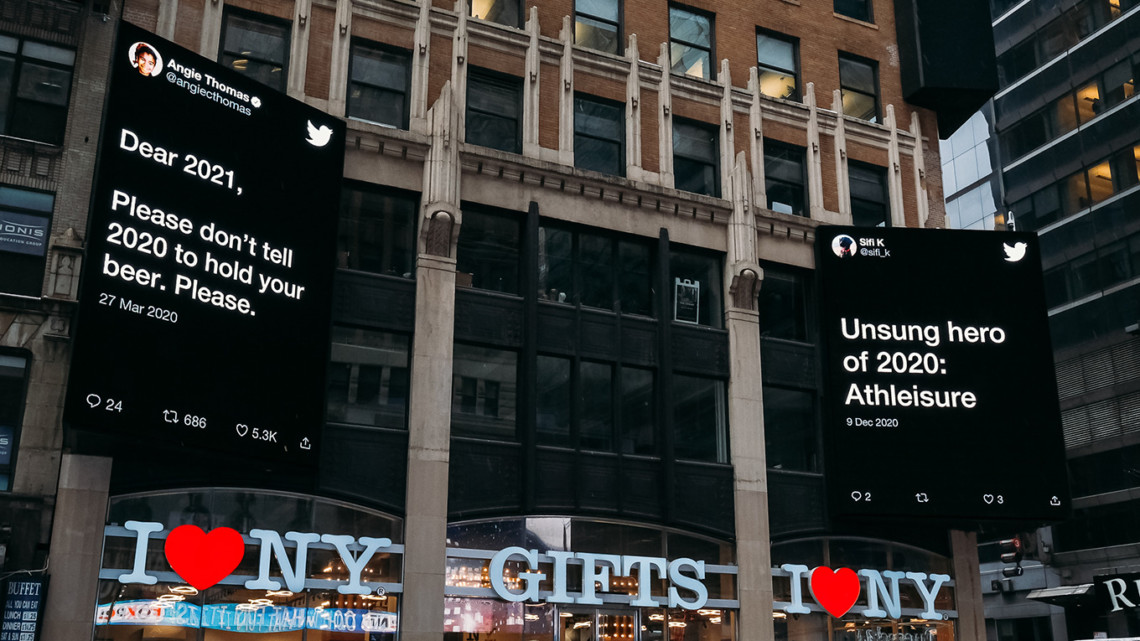 Ever since 2020 is coming to an end, everyone has been sharing on their social media accounts how this year treated them. Most people stated that it was a hard year due to the pandemic; some even expressed their worry about 2021 while others hope it would be better than 2020.

You have probably lost count on how many times you have seen a meme regarding the new year and how 2020 was.

Twitter took the chance and created an OOH campaign out of people’s tweets about 2020. On Monday, the 21st of December, Twitter posted pictures of people’s tweets on billboards. These billboards are in a lot of cities like Los Angeles, New York, Philadelphia, and San Francisco.

They all express one thing, which is how people felt about 2020 and how they feel about 2021 in a hilarious way.

We all vent out on our social media accounts; it is the place to share opinions and express emotions. Some do it on Facebook and some tweets about it. Since we’re ending 2020, people took Twitter to express their feelings regarding 2020. And since we all agree that this year was a roller-coaster, Twitter took this common trending feeling and created an OOH campaign.

Every Brand Needs to Promote Itself

No matter how big the brand is, it still needs to promote itself.

We all know Twitter and people around the globe have a Twitter account, but that doesn’t mean that the platform shouldn’t promote itself. A brand has to keep its place in the market, and for Twitter as a social media platform, it competes with many others, so it has to keep its spot.

The campaign grabbed people’s attention from all around the world because of its unique idea.

If you are one of these users, you will definitely feel special and you will love Twitter even more. So, Twitter here earned the user’s royalty and satisfaction. Also, this will attract more users. Not everyone has a Twitter account, but this idea can encourage those who don’t have an account to create one.

If you’re wondering why then we’ll tell you. Twitter had implemented in its users’ minds the possibility of their tweets being on billboards next year. So, you will be thinking why not join Twitter, you might end up on a billboard by December 2021.

Such a nice way to end 2020 for Twitter, we can say that the best campaign was saved for the last.

Here Are 6 Tips to Help Any Entrepreneur in 2021

Working in a Team Vs Working Alone: Which Is Better?