It accompanies the human being nearly in all stages of his life cycle, look at the baby who tries to attract his parents’ attention by all means, he attracts their attention when he needs anything and even when he needs nothing, its just his instinct that forces him to do so, look at the same baby when he gets a new brother or sister to share him his parents, he tries more aggressively to attract his parents’ attention, but this time for the sake of proving something, which is Differentiation.

When this baby becomes a teenager, this magical instinct (of attracting attention for the sake of proving differentiation) is growing with him dramatically to the extent of imposing a totally new lifestyle; a weird hairstyle, wearing a low waist jeans that shows his underwear, heavily smoking, he is always trying to attract girls’ attention in school or university, when he is at home, he is always isolating himself in his room either chatting on the internet or listening to a very loud music, he always refrain from family gatherings, because he prefers his friends who are not like other creatures, but they are just like him, Different.

When this teenager passes this critical stage of his life cycle, he starts a brand new stage of his life, which is his career life, the magical instinct starts a new dimension at this stage, a dimension that appeals to only aspirers, not all human beings discover their magical instinct at this stage, but only aspirers do, they try to differentiate themselves by all means and attract their employers’ attention to them being different, they are always studying and reading in their specialty field, they are trying to be creative in their work, they are very keen to get promoted and step up the career ladder quicker than others, No wonder, they discovered the magical instinct that lies deep inside them and continuously shouting, Be Different.

In the business world, this magical instinct has another name which is ‘Branding’, in other words, it’s a must for survival, the ‘Branding Instinct’ exists deep inside every business’s psyche, but unfortunately few who succeeded to remove the dust that covers it and brings it out to the business world, of course these ‘few’ are the ‘aspirers’ who have a long term vision for their businesses.

The Branding Instinct in Middle East

Unfortunately the ‘Branding Instinct’ glow has not been discovered yet in the Middle Eastern businesses’ psyches, on the contrary, huge multinational players discovered this instinct long time ago and they transferred its impact to the Middle East region.

Middle Eastern Businesses in general and Marketers in particular should be keen for differentiation, they should work hard to differentiate their values and offerings and they should work hard to communicate their values and offerings in a very different, emotional and creative way to their target market, integrating the value you offer in your target market’s lifestyle is no longer an option for marketers in the Middle East, but it is a must if they want their businesses to survive in this severely competitive market.

Let’s remove the heavy dust that covers the ‘Branding Instinct’ and get it out of our businesses’ psyches for the prosperity of our region. 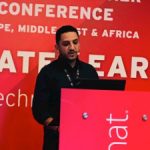 I am an experienced and successful visionary leader, Marketing, Sales & Business Development Executive who for over 18 years has worked for some of the World’s leading multi-national companies. I have a successful track record as both a manager of teams and as an individual contributor. I am passionate about my work and see myself as a partner to the organisation in guiding and reporting on the performance in order to drive business growth.