The window display had everything a Middle Eastern woman could wish for. Elegantly displayed on size zero mannequins was a collection of relatively modest clothes that caught my attention at first sight. It was the exterior of an Egyptian brand that I was well aware of but had forgotten since the international players had made an appearance on the local fashion scene. Intrigued I stepped with my shopping mode switched to ‘ON’.

What appeared to be true manifestation of retail therapy instantly disappeared the moment I walked in. With all due respect to religious inclinations, the sound of the holy Quran blaring out of the store speakers did little to boost my shopping libido. It overpowered my desire for sheer consumerism and as I clumsily skimmed through the poorly displayed array of garments, I felt my initial thrill to buy dwindle down. It felt like I had walked into a funeral and the glum expressions on the faces of the people inside the store left me feeling a bit depressed.

Picking up on my disappointed vibes came a less than eager sales girl interested to know if I was a serious buyer or not. Her disinterest didn’t go unnoticed.

After trying on a few items on in the stuffy dressing room that still had the remains of the last shopper’s trials, her impatience was becoming more apparent than mine. She was not happy that I couldn’t find anything I liked. Still to her credit I have to admit she did try to offer some valuable fashion advice most of which I gracefully declined due to the simple fact that she herself was no role model for how to dress. It was obvious that she was just hired help, having received no formal training on what it was she was supposed to be doing and in no position to offer any advice that a customer could ever take seriously.

As a representative of the brand, the poor girl was not in any position to do so. She was not a fashion inspiration to anyone who walked in, she wasn’t aware of how some of the clothes were worn and she was dumbfounded when I asked if any particular item in my size was in stock. I walked out just as quickly as I had walked in. 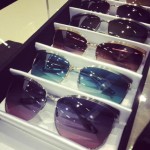 Fast forward a few years later when I walked into a posh sunglasses store in Dubai, which I later discovered, was Egyptian owned and a spin off to a famous retail chain of optical shops. I had instantly gravitated towards the big brand names I knew but the uber chick sales representative had other plans in mind. He stepped in statingwhich styles best suited my face and introduced an American brand that I had never heard of. Quick to pick up on my disinterest in an unknown brand he produced a collection of press clippings about the up and coming designer who was a favorite of Brad Pitt and Angelina Jolie. As I scanned the photos of famous Hollywood celebrities donning the unknown shades, I let my guard down. He then went on to explain the history of the designer from origins to current stardom. I walked out with a pair of expensive sunglasses liking how the sound of ‘Barton Perreira’ kept rolling off my tongue.

Why did I buy? From the outside it looks like I was impressed with the designs of Barton Perreira and so decided to make a sensible decision of buying what I liked. But that’s not what happened. This is what happened:

The sales guy is the one that impressed me. Not the brand itself but they way he presented it. Immaculately dressed and sporting a haircut that looked like it cost an arm and a leg, he looked good enough to be modeling their glasses. His product knowledge was also a lethal tool that he knew how to use. Of course I wanted to wear the same shades as Brangalina! Of course I wanted him to approve of my purchase choice and while I may not wear them anymore, I still do like flaunting the name of an unrecognizable designer.

If you think that analytically is what you use in making a purchasing decision, you have not been properly introduced to the science of modern day retailing. You don’t just walk into a store anymore. You walk into an experience that could either whisk you off your feet and have you digging for your wallet or leave you vowing never to cross paths again.

As more marketers zone in on the antics of retailers and brand managers vying for their customers’ cash, books like “Why We Buy” by Paco Underhill and “Buyology” by Martan Lindstrom have surfaced.  They shed light on interesting Technics that make a buyer go “Oooooh! I’d like to try that”. From signature scents that allow you to identify a certain store from afar, to upbeat blaring music that raises your impulse to buy to magic mirrors in the dressing room that make you look slimmer and the clothes more appealing. You no longer buy something because it makes sense (unless its hearing aid of course). You buy things that make you feel cool or at the very least make you feel something. There is a reason why you buy those expensive white colored apple earphones even though any old brand will do.

Its because it’s trendy and it probably matches your white colored iPhone, iPad, iPod ,i-everything. Admit it, even you still don’t really know why you bought the iPad  All you knew was you had to have one. All your friends already did. What weren’t you as equally cool as your friends?

Well of course you are. You’re carrying an iPad now aren’t you? And that’s what we call marketing. 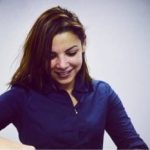 A marketing and communication professional with 17 years of experience and a proven track record in brand management, marketing, public relations, event management and creative writing. I am a results oriented individual with a keen focus on maintaining quality standards.