Finding a job in the advertising field is a process that depends on either coming across vacancies posted by people or agencies or you search for agencies on social media platforms and start sending your resume.

If you followed the searching method, how do you judge an agency?

The answer is you can judge it based on its work, clients, and the number of likes or followers. Sometimes the number of followers can encourage you to choose this agency over another, and the more followers they have, the more popular they get.

Have you heard of an agency that reached one million followers? Well, the answer is going to be yes because you’re about to hear about one now.

Ogilvy is an advertising and marketing agency that is based in New York and was founded in 1948 and has been launching marketing campaigns ever since. The agency has 132 offices in 83 countries including Egypt and it is an award-winning integrated creative network.

Recently the agency brand is celebrating becoming the first agency that reaches one million followers on the social media platform LinkedIn after witnessing a rapid growth two years ago when it had 500,000 followers.

LinkedIn is known to be the destination for business and finding the right job; every recruiter and company has an account to headhunt for employees.

Gaining one million followers on LinkedIn means that the agency is following a leadership strategy that is a natural fit with LinkedIn and that the agency’s work is shared and discussed.

One Million Followers from All Over the Globe

Those one million followers are from all over the globe especially the business spectrum. The countries that represent a huge part of the agency’s followers are The United States, India, The United Kingdom, Brazil, and Spain.

John Vetrano who is Ogilvy’s Worldwide Social Media Manager and Community Growth Strategist said: “Our success can be attributed to the relentless pursuit of crafting compelling content around the incredible minds and creative genius of our amazing colleagues. Tapping into Ogilvy’s rich heritage of creative and strategic excellence has provided the fuel that has allowed us to drive increased interest, engagements, and ultimately growth.”

Being the first agency to gain one million followers means that more clients will sign with it since this number is a result of its successful work.

As much as this number is benefiting the agency, it is also benefiting its clients as it means more recognition for the brands it’s handling. Also, Ogilvy knows how to grab its audience’s attention as it creates relevant, entertaining, engaging, and shareable content, which can grow its reach and business.

If you’re wondering about Ogilvy’s work, we are going to remind you of a certain advert. Remember when Burger King released its “Moldy Burger” campaign? Ogilvy was one of the agencies behind it as it was the one that created the banners’ designs. 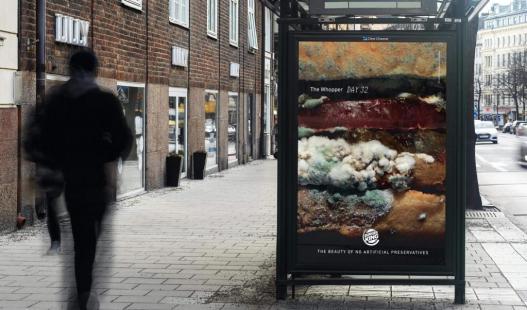 A round of applause for Ogilvy and we can’t wait to see more accomplishments.

Checklist of Essential Things To Review Before Accepting a Job Offer

How to be an even better mentor in 8 steps