Nike FC has released its latest ad for the 2022 FIFA World Cup, and it’s out of this world! The ad, titled “Footballverse”, features some of the world’s best footballers doing what they do best in a parallel universe.

Nike has done it again! The sportswear giant has released an ad that is not only timely and relevant but also incredibly well-made and visually stunning. Titled “Nike FC Footballverse”, the ad features some of the world’s best footballers as they prepare for the 2022 World Cup in Qatar.

The ad is a masterclass in marketing, managing to be both inspirational and aspirational. Traveling through the football multiverse it tells a story that will resonate with viewers around the world, while also showcasing Nike’s latest products. And it does all of this in less than 5 minutes! This is the kind of marketing that can only be achieved by a company with deep pockets and a team of creatives who are at the top of their game. Bravo, Nike!

Nike FC’s “Footballverse” ad is a must-watch for any football fan. It’s a celebration of the beautiful game and the limitless possibilities that come with it. It’s also a reminder that, no matter how good you are, there’s always someone out there who can do something better. So keep reaching for the stars, because you never know what you might achieve.

Nike FC is not a club. It is a community. And if you love the game of football, you’re a part of it. 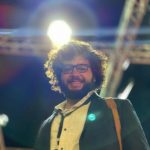 Stemming from a need to monetize his passion for rhetoric and writing, Omar Amin is on a journey to find the perfect balance between data and gut feelings in the chaotic world of marketing.