Soft drink giant PepsiCo says it is pulling a highly controversial commercial for Mountain Dew — depicting five African-American men and a goat in a police line-up — that has managed to offend African-Americans, women and bloggers coast-to-coast.

African-American rapper Tyler, the Creator, developed the 60-second spot in which a battered white woman on crutches is urged by an officer to identify a suspect out of a lineup of black men. A talking goat named Felicia is included in the lineup. The goat makes threatening remarks to the woman, including, “Keep ya mouth shut.” The woman eventually screams “I can’t do this, no no no!” and runs away. The word “do” reference to “Dew It” slogan.

Mountain Dew, known for its neon color and high caffeine content, is generally marketed to younger men and sometimes attempts to have edgier ads. But the controversy over its latest spot illustrates the fine line that companies must walk when trying to be hip. In a social-media world, bad ads quickly rise to the top or, fall to the bottom and can damage images of the world’s biggest brands.

While the ad no longer exists on the OF YouTube page, you can watch it below //

The soda and snack food company said it immediately pulled the 60-second spot after learning that people found it was offensive.

PepsiCo Inc., based in Purchase, N.Y., said it understood how the ad could be offensive.”We apologize for this video and take full responsibility,” the company said in an updated statement late Wednesday afternoon.  “We have removed it from all Mountain Dew channels and Tyler is removing it from his channels as well.” 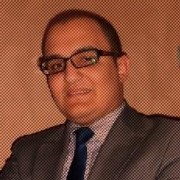 How Companies Fail in Commonsense Marketing