Back in 2014 we saw the #IceBucketChallenge which started to promote awareness of the disease amyotrophic lateral sclerosis, which is known as ALS, that is characterized with stiff muscles, muscle twitching and gradually worsening weaknesses due to muscle decreasing in size. So the challenge was dropping Ice and water over someone’s head, was very appropriate because it causes almost the same symptoms.

Almost the same thing happened back in 2014, there was the #FeelingNuts to promote testicular cancer, and spreading awareness that discovering the disease in the early stages makes it curable, and raising money to find a cure and helping people diagnosed with the disease to get help.

As testicular cancer is the leading cancer in men ages 15 to 35, and to the extent that every hour a man is diagnosed with testicular cancer. It is the equivalent of breast cancer to woman.

So by this challenge they are giving it the attention and public’s focus needed to save even one life without spending money on advertisement or huge TV campaigns, because User generated content (UGC) is much more effective in delivering the message, not even billions of pounds will get you the same effect. 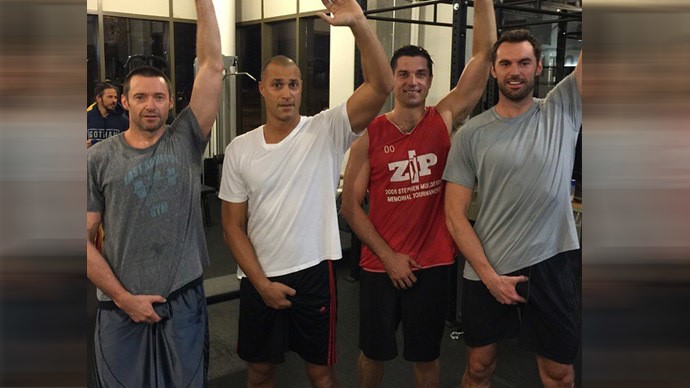 The #FeelingNuts challenge was to grab your crotch and take a photo with the hashtag #FeelingNuts, which many famous actors and celebrities participated in even females.

Digital Media have been making it easier in generating and faster in spreading “trends” and “Viral videos”. In the past few years we have noticed many challenges that went viral in a span of hours.

Even way before that, in 2004 Adam Garone invented the Movember Movement to promote men’s health and wellbeing, but it did not have the wildfire effect like the others we talked about before, it started to really spread worldwide in 2010.

It is not just for men to abandon their razors for a complete months and women to aww over the facial goodies, however, that is sure a bonus.

When Adam thought of the Movember movement, he thought how he could redefine charity and how to best change the way testicular cancer researchers are working together all over the world to find a cure.

How challenges work and how they go viral?

One person, be that person a famous celebrity or a mere citizen of the community, create a creative, to the point video or a photo with a hashtag and challenges a friend then that challenged friend do the same and so on.

It spreads like wildfire. And the good cause is in the spotlight!

Humans just needs this extra push to take time out of their busy day for a good cause. Give them the reason and they will pay it forward.

Now just imagine if every viral video or new trend you get hooked into is for awareness, education and raising money for a good cause! The world would be so much more humane and charitable than it is now, doesn’t it?

Like the latest viral video we are noticing now. #MannequinChallenge.

It started on the 26th of October and still spreading till this day, all over the world, people are posting videos with them all frozen in the middle of doing something and someone moving with a camera shooting them and in the background Black Beatles by Rae Sremmurd is playing.

When tracked back to the source of the challenge, it is apparent that a student stood infront of the class and did nothing, just stood there, and that is when a friend pointed out how he looked just like a “Mannequin” and then more friends joined and started doing all sorts of poses.

Then the little physical stunt blown out of proportion when it turned into a challenge. Just adding a hashtag #MannequinChallenge to the video and there you go. New trend spreading worldwide.

The initial posting has inspired works by other groups, especially professional athletes and sports teams that have posted increasingly complex and elaborate videos.

Even the ex-first lady, Michelle Obama when the the Cleveland Cavaliers visited the White House, they did the Mannequin Challenge.

People from all around the world are posting videos of their own #MannequinChallenge, check out what EGYWEB did at their office here in Cairo,

And Rae Sremmurd did the #MannequinChallenge at one of their live concerts. Black Beatles by Rae Sremmurd has overtaken Chainsmokers’ Closer to top the Billboard Hot 100, having become the soundtrack to the “mannequin challenge”. So instant recognition for both the soundtrack and the video.

There are no telling with trendy and viral video/ Photos when they will fade out and something else will take their place. The creativity is off the charts, there is something always appearing with more charm and hooking us right in, whether it is a catchy new music video or a funny one or even a creative physically-challenging poses.