nderstanding Gender Differences Enriches your Marketing Plan, When planning to market a particular product or service, go deeper. Go into the brains of your target consumers. Go into the way their brains are wired. To make things easier for you, we have provided you with a scientific review that assesses the biological differences between the male and the female brains.

Studies that have looked at the anatomical differences in the brains of males and females have focused on:

It is reported that a woman’s brain has a larger corpus collusum, a tissue that separates the right hemisphere from the left hemisphere, which means women can transfer data between these 2 halves of the brain faster than men.

Two areas in the frontal and temporal lobes related to language (the areas of Broca and Wernicke) are significantly larger in women, thus providing a biological reason for women’s notorious superiority in language-associated thoughts and verbal expressions.

It is a brain region in the cortex, which is significantly larger in men than in women. This is the same area which was shown to be larger in the brain of Albert Einstein, as well as in other physicists and mathematicians. It seems that IPL’s size correlates highly with mental mathematical abilities. Studies have linked the right IPL with the memory involved in understanding and manipulating spatial relationships and the ability to sense relationships between body parts. It is also related to the perception of our own affects or feelings. Moreover; the left IPL is involved with perception of time and speed, and the ability to mentally rotate 3-D figures.

The “father” of sociobiology, Edward O. Wilson, said that human females tend to be higher than males in empathy, verbal skills, social skills and security seeking, among other things, while men tend to be higher in independence, dominance, spatial and mathematical skills, rank-related aggression, and other characteristics.  This may account, scientists say, for the fact that there are many more male mathematicians, airplane pilots and racecar drivers than female ones.

Another interesting information is that male brains separate language in the left and emotions in the right while the female’s emotions are in both hemispheres. This helps explain why the male brain has a hard time expressing its feelings verbally.

Tests show that women generally can recall lists of words or paragraphs of text better than men. On the other hand, men usually perform better on tests that require the ability to mentally rotate an image in order to solve a problem.

Mental rotation is thought to help people find their way. Does that leave the majority of women lost? Well, obviously it is not the case. Scientists believe that women may rely on their memory and recall landmarks to find a destination that is men are more likely to navigate by estimating distance in space and orientation, whereas women are more likely to navigate by monitoring landmarks.

These scientific findings have provided you with a platform of action and have given you an insight on how to design your product or service so as to bond with your target customers. Now, it is action time! Go ahead, make your own day! 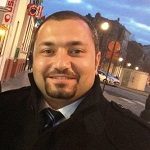 Brand Values: What They Are And Why Are They Important

Brand Values: What They Are And Why Are They Important

Ethiopia Get Over 30K Twitter Mentions for The New Dam

Photos Make Up 93% of The Most Engaging Posts…

3 Pieces of Advice for Egyptian Marketers