Ipsos, the leading research firm in the Middle East, has been the subject of defamation and a libel campaign, carried out by several television stations in Lebanon, driven by the latter’s motives to justify their shortcomings in front of viewers and advertisers. Ipsos points out that Lebanon is a country in which freedom of speech, commerce, and industry are protected by the constitution and will not falter, regardless of the degree of demagoguery, both verbal and in actions exercised by these TV stations.

Ipsos has issued the following statement regarding this situation:

In any case, this slanderous campaign will not affect the viewers’ preferences in choosing the stations and programs they personally deem worthy of viewing. 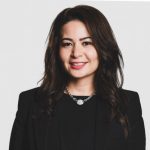