The Chinese technology giant Huawei on Monday began to feel painful ripple effects of a Trump administration order that effectively bars American firms from selling components and software to the company.

The company said that Google was cutting off support to Huawei for many Android hardware and software services. The move, a response to the administration’s order last week, could hamstring Huawei, the world’s second-largest smartphone maker, if it ultimately restricts access to the latest versions of popular Google services like Maps, Gmail and the Google Play app store.

Cold War between the United States and China over technology and trade:

China has spent nearly two decades building a digital wall between itself and the rest of the world, a one-way barrier designed to keep out foreign companies like Facebook and Google while allowing Chinese rivals to leave home and expand across the world.

Google is now limiting the software services it provides to Huawei, the telecommunications giant, after a White House order last week restricted the Chinese company’s access to American technology.

Google’s software powers Huawei’s smartphones, and its apps come preloaded on the devices Huawei sells around the world. Depending on how the White House’s order is carried out, that could come to a stop.

The quick action by Google shows how some of the world’s largest companies are entangled in the growing Cold War between the United States and China over technology and trade.

The global technology industry has flourished in part because of the borderless nature of its digital products and services. It is now scrambling to account for the potential damage of a trade dispute between the world’s two largest economies.

The ban prevents Google from directly working with Huawei on hardware, software, and technical services. This primarily affects future devices, not ones already on the market.

Presumably Google does not want to break ties with what is the world’s second bestselling Android phone-maker after Samsung – the Chinese firm recently said more than half a billion consumers use its handsets.

As yet it is unclear whether the restrictions Google has imposed on Huawei will be long-lasting.

Hongmeng OS as Plan B

Developing mobile Operating systems that don’t have Google’s license to its services is not a new thing. Companies like Amazon currently run the open source version of Google on their Kindle devices. Samsung has its own in built Operating system known as Tizen OS which saw a quick death in the mobile industry but is now used in its smartwatches and smartTVs.

Huawei claims that they were anticipating that such a move would be made, and they’ve taken the necessary steps to make sure that the effects of this blow are mitigated as much as possible. One of those steps would be to develop its own smartphone operating system, which reportedly has a name now.

The details of Huawei’s Hongmeng mobile Operating System is still a mystery to many except the fact that they have been using this operating system in their mobile phones potentially hidden behind the curtain.

According to Huawei Central, there is no confirmation whether Hongmeng will be the original name of the OS or it’s only a codename but did confirm the existence of the operating system related to this word. This will mostly likely change to suit their international customers in the near future. 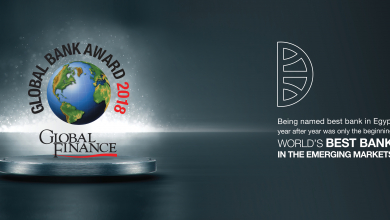