Google just added live traffic view to Google maps in some countries of the Middle East, currently confirmed to be available in at least Egypt and Jordan.Now the residents of Cairo can rely on the Google Maps service to identify the best ways as you navigate around the city.

Google Inc. finally provide the famous feature to inform its Google Map service users about traffic status in Egypt on both desktops and smartphones.

Google traffic feature is on now in Egypt… Surprised!!!

The traffic option is now available in Google maps in Egypt 💃💃

After the Google Traffic feature’s first launch in 2007, Google Maps has finally launched Google Traffic feature to provide real-time updates but the Egyptians did not wait Google feature for too-long and already created By2ollak as a local solutions based on a Cross Platform Mobile application for people to exchange info about traffic that uses the power of crowd-sourcing, social interaction, localization and above all simplicity with the vision of providing Egyptian users with the ideal road companion app on their everyday journey!

Bey2ollak created by five cousins, and started out as a BlackBerry app, On Bey2ollak launch dated 10/10/10 it got more than 5,000 registered users on the 1st day which reflects the need for such an application that can provide a solution to cover the daily hectic traffic in the Egyptian capital.

@Bey2ollak still far better than Google Maps traffic in Egypt. They tell you which routes to avoid and display common routes we travel daily

After 5 years, By2ollak is available now on all major mobile platforms and currently has around 1 Million registered users, got 350K+ Facebook Fans and 360K+ Twitter Followers.

Also we should mention that in Sep. 2011 Google MENA has announced its initiative named, [Ebda2] to give one Egyptian entrepreneur the chance to get their startup off the ground, with the help of a $200,000 seed investment from Google. The ‘Start with Google’ (or Ebda2 in Arabic) Prize went to By2ollak as attempting to solve a severe traffic problem in Egypt by crowd-sourcing traffic conditions.

Now By2ollak is facing Google Maps in direct competition and it will be interesting to see how a successful Egyptian start-up update itself to keep the widely used application ahead of the game.

Google Maps displays traffic conditions in real-time on major roads and highways in over 50 countries. Google Traffic works by analyzing the GPS-determined locations transmitted to Google by a large number of mobile phone users. By calculating the speed of users along a length of road, Google is able to generate a live traffic map.

When Google Maps combine your speed with the speed of other phones on the road, across thousands of phones moving around a city at any given time, It can get a pretty good picture of live traffic conditions.

Traffic detection technology uses a cell phones location to determine whether there is a smooth traffic or not. So if you are on the highway and your location only changed 5 meters in the past minute, and you have thousands of people in the same region with the same speed results it means there is probably users stuck in traffic.

The key for Google Traffic updates to work correctly is how mobile phones has to be capable of sending this data, so the phone operating system for the most part has to be an android or iPhone (maybe windows). Detecting traffic just depends on the amount of people with smartphone, so probably traffic detection in Egypt launched when smartphones reached a threshold which can deliver reliable results.

Google traffic launched in egypt and for some reason all the maps are red.

Of-course Traffic colors show you the speed of traffic to your destination. 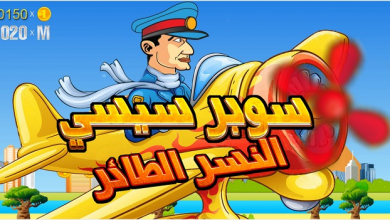