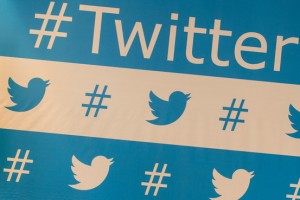 A Twitter staple, the Wall Street Journal reports that Facebook has plans to bring the hashtag to its service, offering users the ability to index conversations around a particular topic, just as they currently do on Twitter. Sources ”familiar with the matter” told the Journal that while Facebook is working on the feature, it wouldn’t necessarily be released anytime soon.

Hashtags seem like the natural evolution of Facebook’s newly-released Graph Search. The search is currently limited to information input by users on their location, friends, and Likes. Adding hashtag support would enable an expansion of that search functionality, letting users tune into public posts based around certain topics such as #Elections or #HarlemShake as well.

On short-messaging service Twitter, the hashtag—a word or phrase preceded by the “#” pound symbol—is a way for people to collate many Twitter messages about a single news event or topic, like the selection of the Pope (#PopeFrancis). The hashtag is closely associated with Twitter, and fans of the service use the hashtag as short-form creative expression.

Facebook is testing whether to follow Twitter’s lead and allow users to click on a hashtag to pull up all posts about similar topics or events so it can quickly index conversations around trending topics and build those conversations up, giving users more reason to stay logged in and see more ads. Instagram, which Facebook acquired last year, already uses hashtags, allowing users to sort photos by the symbol.

Facebook’s work on a hashtag is a sign of the heightening battle between Facebook and Twitter, as both compete for mobile users and fight for advertising dollars. For years, Twitter and Facebook seemed to occupy different poles of the social-media spectrum. While Facebook was the home of close friends and family, Twitter was the real-time broadcasting device for the rest of the world.

Facebook has now increasingly moved onto Twitter’s turf. The Menlo Park, Calif., social network is prodding users to share more content with the public. In recent years it has mirrored some of Twitter’s features by creating “subscriber” lists for users, and allowing people to tag celebrities and brands with the “@” sign.

And while closely held Twitter is a fraction of Facebook’s size, it is competing with Facebook for mobile and online advertisers, especially as some advertisers flock to Twitter to advertise against real-time moments. Twitter has bulked up its sales staff and released more advertiser-friendly products. Last month, Twitter opened its ads platform to third-party partners so that advertisers do not have to directly buy ads from Twitter.

“Historically, Facebook has come first for advertisers and Twitter has been a nice add-on,” said Debbie Williamson, an analyst for eMarketer. “Twitter has been more aggressive.”

Twitter is expected to make about half a billion dollars in advertising revenue this year, according to eMarketer. Facebook generated $4.3 billion last year from advertising.

The gap is narrower in mobile advertising, where Twitter is expected to make $249 million this year, versus Facebook’s $851 million, according to eMarketer.

The hashtag also plays a key role in Twitter’s moneymaking efforts. The San Francisco startup encourages companies like Coca-Cola Co.  and General Electric Co.  to invent hashtags as a secondary brand for their marketing messages both on Twitter and in other types of marketing.

Twitter last month said half of the 52 national TV commercials that aired during the Super Bowl included a hashtag in the ad. For example, Paramount Farms Inc.’s Wonderful Pistachios brand created the hashtag #CrackinStyle and flashed it on screen during its Super Bowl ad featuring Psy, the singer behind the “Gangnam Style” viral online video.