Innovation, collaboration, and connectivity will be the most critical elements in building an entrepreneurial mindset among youth in the region, that will create real economic impact, speakers said at the third and final day of the RiseUp Summit, Egypt’s largest gathering for the entrepreneurship ecosystem.  The agenda featured a number of Egyptian entrepreneurial success stories in various fields including technology, agribusiness, renewable energy, education, and automotive.

Wael Rizk, founder of RizkAuto, opened the day by talking about his 19 years of experience in trying and failing to build a vehicle. He is now working on raising US$52 million for a five year plan to begin mass-producing an electrical car. “I spent a long time trying and failing. And I still haven’t fully succeeded. But the lessons I learnt along the way are that you cannot succeed alone. Go to experts. Go to funders. Find partners. Here, the RiseUp Summit is giving you a huge opportunity to make these connections,” said Rizk. “Find your innovative idea, and have a vision. Innovation does not mean invention. Use experiences, yours and others’, to identify where you can add value.”

Commenting on how entrepreneurship is also key to job creation, Zahran said: “It is not enough to add jobs. It’s important to add valuable jobs. The jobs that enrich those who have them, make them independent, think for themselves and enable them to work elsewhere not just where they got the job. The most important thing is having an idea, a value to add to it”

Gamal Sadek, co-founder of Bey2ollak, said “We just had an idea. We focused on developing something and getting it to the users. Build your product or service and the monetization will come eventually.  Just make your idea a reality by focusing, persevering, and building a team – Never think of giving up. Maybe change directions, find an exit or alternative path. But giving up is not in the dictionary of entrepreneurs. The first hint of success you see along the way will be so rewarding, not just financially but also in the impact you are creating.”

Dr. Shima Barakat, Centre for Entrepreneurship Learning, University of Cambridge – moderating the panel, highlighted that these entrepreneurs are creating businesses that make a difference in people’s lives.  “Solving a recognized problem: energy, education and traffic.  The entrepreneur may not necessarily be motivated solely by solving a national problem, but what we are clearly seeing is that by encouraging more youth to take that step into entrepreneurship, we will certainly see real businesses with real solutions for real problems.”

Today’s RiseUp Summit agenda also featured panel discussions on crowdfunding and crowd-investment and the Role of Start-ups and SME’s in building the new Suez Canal, as well as talks by Ayman Ismail, the Chairman and CEO of DMG and Dr. Ahmed Farouk, the founder of Imtenan. In addition, there were insightful workshops provided by various experts including Mrs. Neveen El Tahri, Chairperson at Delta Inspire and Hesham Wahby, co founder and CEO of Innoventures.

The RiseUp Summit was held from October 12th – 14th at The GrEEK Campus in downtown Cairo. 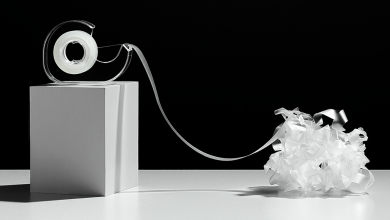 How To Manage Your New Team As A New…