Applications and digital platforms always stabilize their existence in the market through new updates and new features. This is how an application can keep its users interested and loyal, by providing them with what they want.

One of the applications that knows how to keep its users satisfied is Anghami. Almost all people are always using music applications, and Anghami is one of the most popular among them all in the Middle East.

The digital music platform always surprises us with new features that make us always interested to use it. This time Anghami has added a new feature that allows you to be heard.

Anghami Wants You to Be Heard

Anghami has officially added a new feature under the name of ‘Live Radio’ and it’s available on both iOS and Android.

‘Live Radio’ offers a unique combination of music and voice. If you haven’t tried this feature yet, we will tell you all the details. ‘Live Radio’ is a new feature by Anghami that allows you to listen to your playlist live where everyone can listen with you.

The feature’s beta was first launched in September 2020, and this year it’s officially added. The data taken from the beta-phase shows Anghami’s additional benefits in terms of engagement and retention. For example, active social users have a 30% higher retention rate, and social users overall stream 33% more average daily seconds than a standard active user.

The feature was developed in-house by Anghami; this is the first time a streaming service globally enables its users to create a social audio experience. 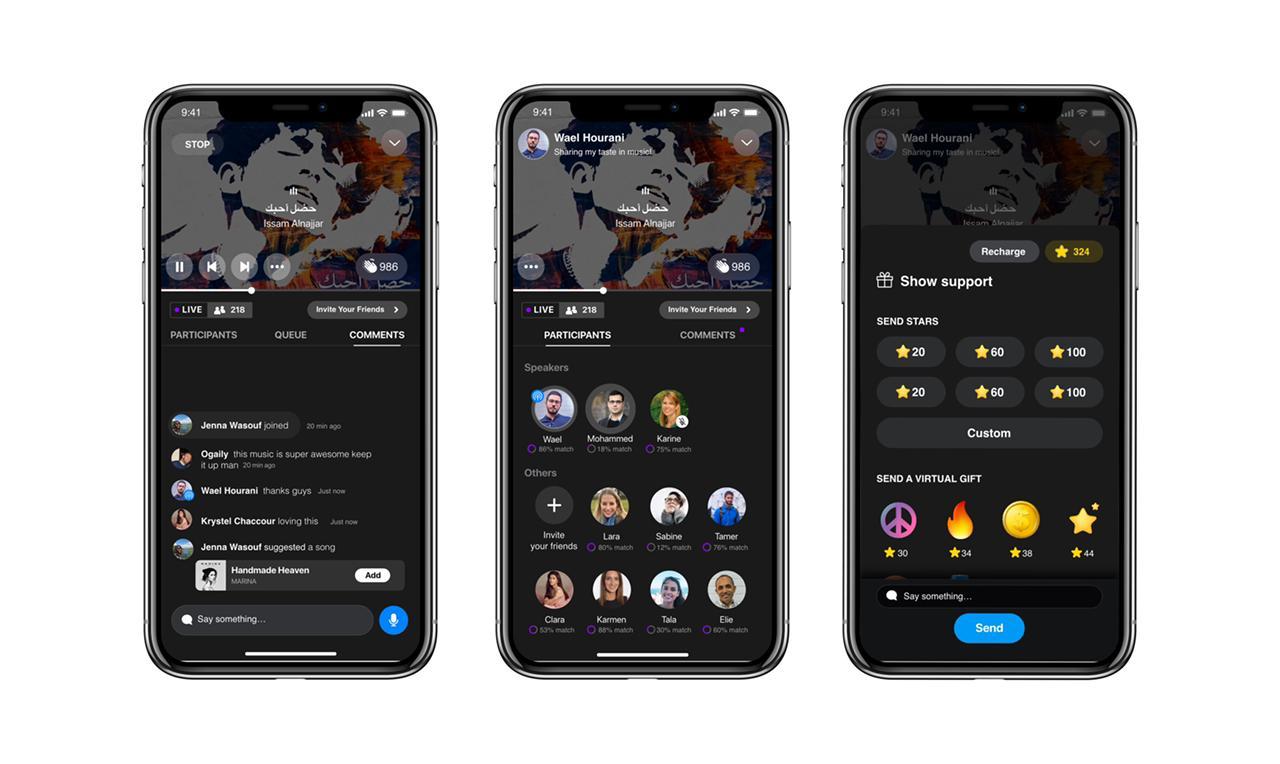 What Does It Do?

Every music lover always shares their playlist and music taste, and this is what ‘Live Radio’ offers through its special features.

The new feature allows the user to play their music live for others to listen to. At first, the beta version only allowed a chat box where listeners can communicate, but with the official version being launched, it provided the option of communication through voice notes along with features like applauding the host, sending text comments, meeting other participants, and side-chats.

Also, musicians and content creators will soon enjoy the benefit from this feature to create subscription-only channels and revenue streams via their Live Radio channels.

Elie Habib who is the Co-founder and Chairman of Anghami said,

The social elements of music have always been part of our vision. In fact, ‘live radio rooms’ were part of our original business pitch in 2011, as we saw the opportunity for social audio features to take off. Having been integrating social features such as stories and chats since 2017, now we are leading the way in delivering the next level of social audio to our users and our contributors. With the pandemic keeping people at home and apart, the intimacy of voice and the need to be closer to others has become more valuable and we expect to see the social audio market realize significant growth.

So, if you’re going live, many Anghami users can join you, suggest you other songs, comment on your song choice, and communicate with you by voice.

Can Anghami Compete with Clubhouse?

Clubhouse and Anghami share almost the same feature; so, can a competition be expected?

Clubhouse also depends on communicating by voice and anyone can join your live room. Anghami provides the same feature but with an artistic touch, the background music. Also, just like Clubhouse having celebrities communicating with their audience, ‘Live Radio’ offers the same thing as users can communicate with any celebrity who goes on ‘Live Radio’.

So, technically, anyone can go live and open a discussion regarding any topic, and they don’t have to play songs, in fact, podcasts can be played for listeners to discuss.

If you already used this feature, share with us your experience.

Mountain View Shares Its Secret Of Happiness This Ramadan