While every Digital Marketing solution provider is proud of what they do offer to the client  list they have and they keep working to capture, store, and accurately analyze customers feedback to protect the client’s brands online reputation. They missed the fact that they are a brand themselves.

It was fun thinking of measuring and analyzing the Digital Marketing agencies operating in Egypt and explore who did the homework well and which agency successfully optimizes its own social media channels by providing powerful content. Or, in another words Analyzing The Analyzers !

[gchart id=”31″] Hover on bars to get statistics numbers

The most active agency is Interact Egypt 3978 tweets, followed by Techno Wireless 1689 tweets and Promolinks come third with 1309 tweets.

Ironically Digital Soul tweeted only once in its Twitter life time [6 months 18 days] and they don’t even upload their logo yet, seems like they don’t believe in the impact of Twitter !

Two agencies excluded from this analysis; Planet 360 & Viper as they use the owners Twitter accounts as the corporate Twitter presence and I didn’t find this a professional act !

Most of digital marketers uses Klout score to measure “true reach,” “amplification” and “network impact.”, I decided to use HubSpot Twitter Grader to identify

Digital Republic Scored 92 to be in the Third place , TWDA comes 2nd with 94, While Interact Egypt get the highest score 95.

[gchart id=”37″]
[gchart id=”35″] [gchart id=”36″]
Undetermined:
Based on an analysis of users’ profile data some accounts gender is not applicable and available, For example Corporate Accounts don’t provide their gender, we can not guess their gender. 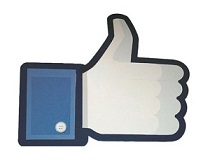 Facebook’s growth appears to be slowing globally and detected that more than 8 M American have deactivated their Facebook accounts in 2013 first quarter, Egypt’s Facebook users continue to grow with estimated +9.73%  to reach 13.8 M monthly active users with 17.16% Penetration rate [i.e: 17.16% of Egypt total population have Facebook accounts] . Over all Facebook growth made it expected be the largest “country” on earth by 2016.

Vodafone Egypt is the biggest fan page in Egypt and Middle East with 3.1, Followed by Samsung Egypt 3M and Nokia Egypt comes third with 2.5 M

While each agency team feels proud about the number of fans they moderate on daily or even hourly bases, Let’s see how many fans / potential clients each agency successfully get on their Facebook fan page.

The more fans you can get, The more clients you can acquire. Facebook has helped over 85,000 independent professionals, consultants to increase their businesses.

Growth rate is one of some key areas that determine your digital quality content and if its able to attract new fans! Yet Facebook Fans  doesn’t necessarily imply greater engagement. Active users tend to . We did a quick analysis for Digital Agencies growth rates on monthly basis

Most active page is BSocial with 25.3K fans, 444 taking about rate while 18-24 years old Most Popular Age Group, We simply don’t believe that this age are Marketer decision makers. However, it seems that content they share attract this age group.

Most Non-Active page is IT Vision page with  2.3K fans, 2 taking about rate also the lowest fan  -14 growth rate.

Its clear that BSocial (subsidiary of SYNCCORP) is not just the first Egyptian Social Media agency to be nominated for Facebook Studio Awards, But! also its nominated to be the biggest and fastest mover among Egyptian Digital Marketing Agency [25K Fans & 941 Monthly Growth]

People Talking About This is the number of unique users who have created a “story” about a page in a seven-day period. On Facebook, stories are items that display in News Feed. Users create stories when they:

Although the above mentioned numbers are 100% accurate yet it don’t define how big or powerful any Social Media team, Simply because most of the Social Media teams are busy working on making their clients bigger and impactful online and just forget that they have a digital brand presence they should  work on.

This Case study is a set of a systematic processes  and techniques designed to collect, analyze and visualize diversity of information scattered on different Social Media Networks included.

In-depth analytical tools was used to recognize significant row data and convert it into a valuable conclusion/s. We faced a challenge in exploring conversation used by customers in English, Arabic & Franco-Arab but! a human factor was involved to make corrections. Most of the charts listed in this case study ware built up on comprehensive study or, at least 1K random samples.

The Analysis above was conducted over a sample of tweets and is a mere projection of third party views being active on expressing their thoughts spontaneously without least interference of researcher’s point of view or business affiliation..

How Egypt is Becoming the New Hub for International Fashion Shows

How Egypt is Becoming the New Hub for International Fashion Shows

Oreo Vs. KitKat: How to play the digital marketing game with your competitor?