Since this year had forced people to stay home for months, people had nothing to do except doing different activities and listening to songs. This is why we witnessed many artists having online concerts and releasing new songs.

Can you remember how many times you have opened your application to listen to songs? If you were to look at how you spend your day, you would find that you have listened to songs at least once. It is similar to a companion that goes with you everywhere and supports you whenever you need them.

As the famous philosopher, Arthur Schopenhauer once said, “Music is the food of the soul”, some music applications have been feeding our souls well this year. Spotify is one of them and this year it is showing all the songs you kept on repeat.

With every year ending, Spotify always releases a recap on the newly released songs, albums, and new artists. This recap also includes what you have been listening to during the year.

If you noticed, you would find that many artists are sharing their rankings from Spotify on their social media; this is part of the campaign.

Given that 2020 has been unlike any other, the audio streaming subscription service had to approach its Wrapped brand campaign differently.

This year, Spotify is telling a story about gratitude and resilience. The intent is to recognize the artists, the passionate listeners, and the everyday playlists that kept us entertained and grounded through it all. 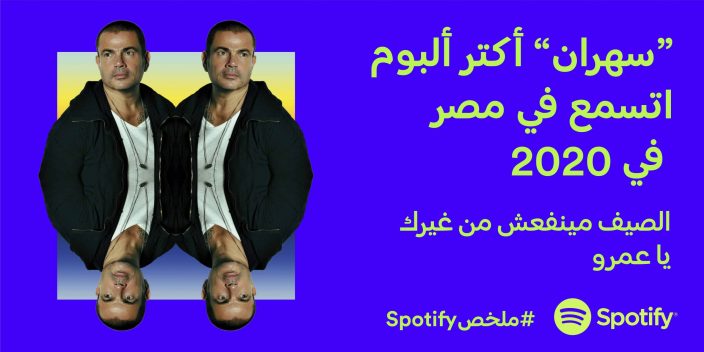 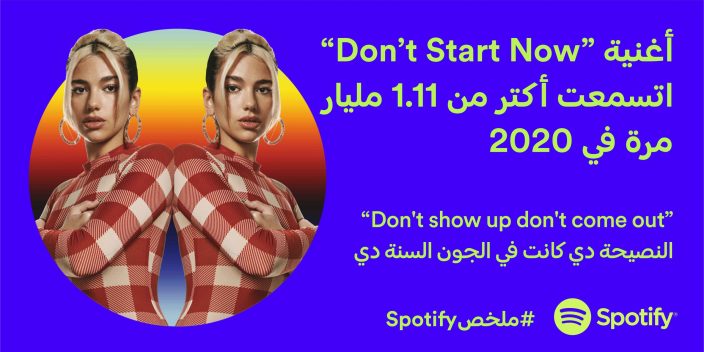 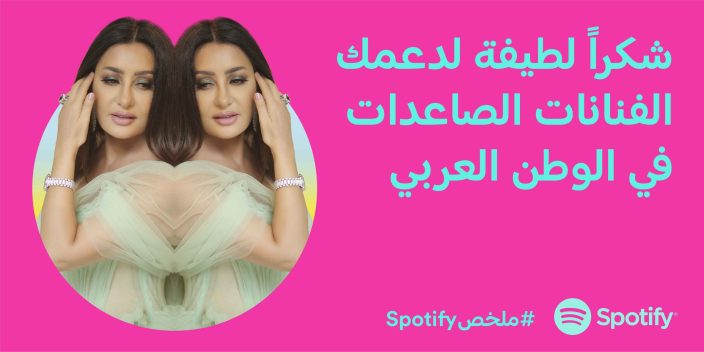 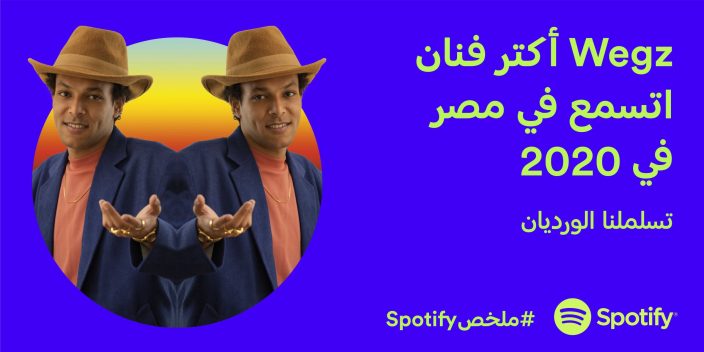 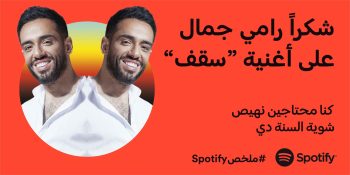 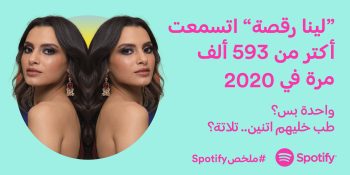 The campaign’s main theme is all about showing gratitude to the artists and listeners.

Gratitude to Those Who Made This Year Easier Through Their Music

Dan Brill, Global Group Creative Director at Spotify said, “In a year that has taken on so many twists and turns, a first reaction might be to look forward and forget the challenging times. However, that would discount all of the amazing work that creators, fans, venues, and activists have poured their hearts into this year. That’s why, instead of turning our backs on 2020, we wanted to give our appreciation for those who gave us hope — the people who, despite challenging circumstances, found ways to infuse magic into our world and give us hope for a better tomorrow.”

The campaign is running across OOH, online video and social media to create a bigger circle of gratitude for local and global artists.

For example, the campaign is paying a tribute to the famous singer Ramy Gamal and his song Sa’fa or ‘Clap’. Also, The icon Latifa and her new song ‘Sawtik’ that supports Arab female artists, and the famous song ‘Bel Bont El 3areed’ or as people call it “La’et El Tabtaba” by the famous Hussein Al-Jasmy.

The Campaign Went Beyond Just A Recap

‘Wrapped’ wanted to give a chance to the listeners to express their own gratitude to their favorite singers. In a short video, a fan was drawing the famous rapper Wegz while dedicating a short speech to him using his songs’ names. It’s worth mentioning that Wegz is one of the most-streamed artists and his tracks are the most streamed tracks in Egypt.

The icon Amr Diab also has a fan film that tells a story of how his music was always by his fan’s side during her ups and downs.

What about you? Have you checked your 2020 wrapped on your Spotify? If not, then what are you waiting for?

An Introvert's Guide to A Proper Communication at Work

To Leave Your Job Or Not To Leave? Here Are 8 Reasons To Leave