gyptian Creative Directors, they wake up in the morning to start their daily routine, get in their car, turn on 104.2 Nile FM radio channel, drive to Starbucks and park their cars in an underground garage that costs 10 Egyptian pound per hour.

They buy an espresso or cappuccino,  pay not less than 50 Egyptian pounds on their breakfast and go up to their office’s-usually facing the Nile- open up their Macintosh Apple laptop which they have no idea why they bought! they only know that all advertisers own one.

They open their Facebook, check some posts, pin some photos and YouTube some video, while sipping their 20 Egyptian pounds cappuccino cup, and then they start working on an advertising campaign targeting C class whom in-fact spend the same amount of money the Creative Directors spent on their way to work, in a week.

We Creative Directors constantly forget that our job is not to construct a creative design or to create the greatest Advert and get hundreds of awards.

To be the greatest Creative Director, you must have INSIGHT. So instead of driving your car to Starbucks in the morning go to a local coffee shop, drink your coffee while smoking a water pipe and listen to your target audience,  and instead of parking your car for 10 Egyptian pounds per hour, ride the national transportation “microbus”.

Understand your target audience, know them and be them. Only then you’ll be the greatest advertiser the modern society have ever witnessed. Advertising is not what we study in college, it’s not about the theoretically over rated textbooks, and it is definitely not about creating the most creative storyboard human mind have ever invented.

Advertising is to have INSIGHT of your target audience and accordingly create a message that suits them. Only when you become one of them, when you’ll be able to reach them. 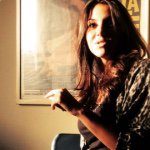 Yahoo! To Leave Egypt After 3 Years Of Operations And Fire All Employees