For his first ever visit to Egypt, and the pyramids, Uber CEO Dara Khosrowshahi has officially launched UberBus, the ride-hailing app’s answer to Egypt’s congestion and mass transportation problems.

For his first ever conference in Egypt, Khosrowshahi was joined by the Egyptian Minister of Investment and International Cooperation, H.E. Dr. Sahar Nasr, alongside Ethan Stock Uber’s Director of Product and Uber’s MENA General Manager Abdellatif Waked.

The team also introduced Uber Lite, a lighter version of the Uber app for drivers which will become available in the next few months, as well as another big investment in the country by Uber.

“I’m excited to be in Cairo to launch Uber Bus, a product that will improve affordable transportation for millions of Egyptians by using Uber’s technology to enhance the popular minibus system. We are committed to broadening access to the Uber platform with a range of low-cost options that will move more people around town and help cities tackle issues such as congestion. Egypt and the Middle East region are hugely important to Uber and we will continue to heavily invest in this part of the world.” stated Khosrowshahi in a press release.

During the conference, he stated “our new aim is to become a one stop shop for all your transportation and delivery needs, so your phone can replace your personal car… that’s why we have begun to incorporate bikes, scooters and even more into our app.”

In September, we reported sightings of Uber testing their new bus system. The initial rollout started by covering the areas of Nasr City, Heliopolis, Greater Downtown, and Mohandeseen.

Khosrowshahi believes that Uber can play a critical role in solving big issues such as congestion, pollution and wasted space by parking lots. He feels that Uber has the potential to help locals replace their cars and improve the streets.

He claimed “at Uber, we believe that having a variety of transportation modes at your fingertips makes it easier to live life without owning a car.”

Ethan Stock, Uber’s Director of Product, spoke a bit more on the idea behind UberBus. He stated “…affordability is one of the key ways by which we [gain access to more people]…[and] how we make affordability happen [is by] getting more people to share rides together, so they can split the cost of that ride…”

With its official launch, Cairo is the first city in the world to roll out UberBus.

Dr. Sahar Nasr reiterated the Ministry’s support for companies investing in Egypt to expand their presence. She stated that “with a global company like Uber choosing Egypt to launch ‘Uber Bus’ is a testament to the success of the investment climate after the latest regulatory reforms. Uber’s new investments will benefit from the new investment law and the ride-sharing regulations, as well as the roads and bridges infrastructure the country has put in place, based on the directive of His Excellency President Abdel Fattah El Sisi.”

The Minister also said that “Uber’s investments highlight the attractiveness of Egypt’s investment climate. Having opened its Centre of Excellence in Cairo in 2017 with an investment of around US$ 20 million, Uber has now, in 2018, chosen Cairo once again, this time for the launch of Uber Bus.”

Uber also noted that they are investing 100 million dollars in the largest Uber customer support center in the region, right here in Egypt.

Why marketers should stop focusing on influencers and start storytelling?

Narrative Summit: CC Plus announces Partnership with The American University in Cairo

Local is the future of global

Why marketers should stop focusing on influencers and start storytelling?

Narrative Summit: CC Plus announces Partnership with The American University in Cairo

Local is the future of global 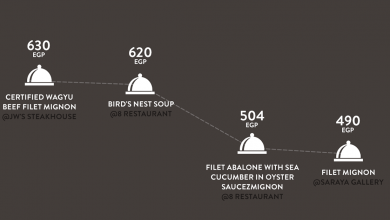