Cairo’s infamous 6th of October Bridge is mainly known for its vast variety of advertisements. Hundreds of billboards decorate a commuter’s hour-long drive from the beginning to the end of the bridge – and usually, they are spammed with all sorts of advertisements.

But beginning 2013, a noticeable phenomenon has taken over: several billboards have nothing to offer anymore. Over 40 blank, grey or white spaces replace what once used to be colorful, blinking – sometimes even annoying – posters and fiber sculptures. The same goes for several other “advertising-boulevards”.

What caused the sudden change? There could be two explanations for this occurrence:

1. The companies and businesses do not have enough money to lay out an all-covering marketing and advertising strategy due to lack of budget. The last two years have definitely not been easy on businesses – be it multinational big-shots or local start-ups and tailors. Budgets changed, people were let go, laborers went on strike and the overall stability of the country was shaken, putting off investors and decreasing consumerism.

2. The overall marketing budget remains the same, yet companies started investing in other types of advertisement – mainly online presence. With an internet penetration of 37.92%, and over 31 million users, Egypt has a large audience for online marketing. Online penetration increased about 28% from 2011 to 2012 – and this percentage is not planning to decrease anytime soon. This niche has received way too little attention from businesses, only 6.8% of this budget is addressed at online advertising, and regional manager for North Africa for Google Wael El Fakharany claims that the percentage lies even further down at 3.5% – 4%. On the contrary, developed countries spend 17% – 18% of their budget on online marketing.

Which option is more plausible and why? 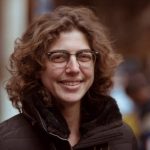