The real estate market remains one of the highest growing industries in the country due to a population boom. Demand for both residential and commercial communities continue to rise every year.

To meet with demands, last week, the New Urban Communities Authority (NUCA) signed a protocol agreement with real estate developer City Edge Developments that will give the company the ability to work on 7 new projects in Egypt’s newest mega cities.

“The Egyptian real estate market is among the most promising as the Egyptian population is coming closer to 100 million, which is why the government is working towards expanding the urban land area and establishing new urban communities around Egypt in order to accommodate the population growth,” stated Minister of Housing, H.E Dr. Moustafa Madbouly.

According to a 2017 report by PropertyFinder.eg, the demand for properties rose by 179.17% in 2017’s first quarter while supply continued far behind with only a 54.26% increase.

The new projects will be established in the new administrative capital, New Alamein, and New Mansoura.

The agreement was signed at a time when the NUCA has been focused on developing new integrated cities to accommodate the growing population and heavy congestion, as well supplying various better levels of housing in urban communities.

City Edge Developments will undertake construction and development management, design, branding, marketing, sales, as well as maintenance and after sales services of the 7 new projects.

“The newest national projects taking place around Egypt introduce a new set of standards and groundbreaking concepts; including the Central Business District at the New Administrative Capital. Comprised of 20 residential, administrative, and commercial towers, the CBD also features the tallest skyscraper in Africa, standing at a height of 385 meters,” said H.E Dr. Madbouly.

City Edge’s first premium towers in Al Alamein, which overlook the sea with some of the best views of the sunset and beaches, will launch this summer.

The protocol agreement will allow the real estate developer to further explore its ability of having an influential role in the government’s efforts toward developing the local real estate sector, while the developer’s comprehensive approach, research and incorporation of modern elements and amenities to their projects, as well as standards will continue with the new projects. 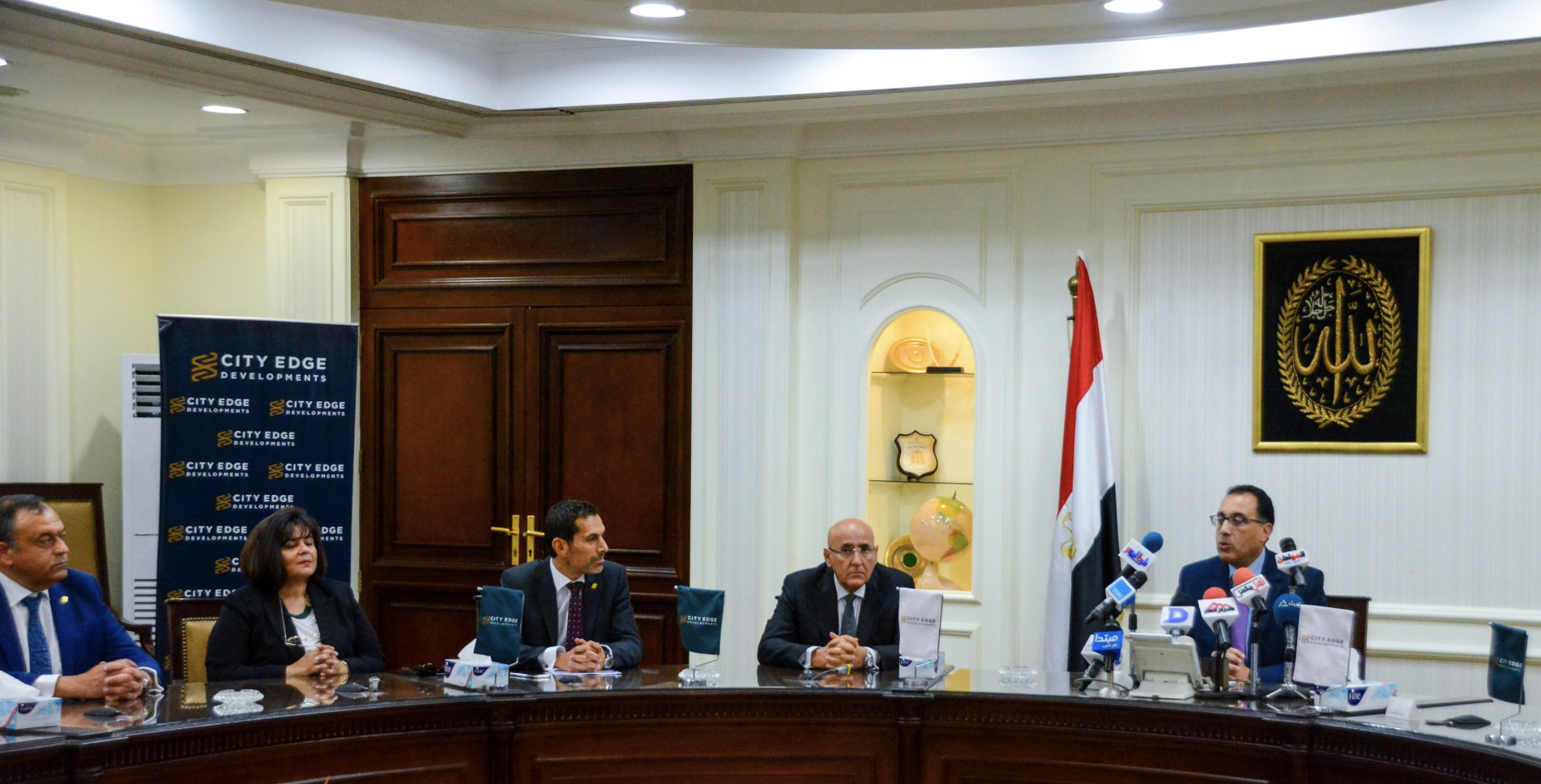 Chairman of City Edge Developments, Mohamed El Alfy, in response to the agreement stated, “working in the field of real estate requires a high level of flexibility as well as the capacity to meet the market’s needs, especially during this time in Egypt as the market continues to evolve.”

“Our ability in taking on projects with such proportions solidifies our commitment to quality products, and aligns with our vision of being Egypt’s national brand for premium quality solutions.”

City Edge Developments’ newest projects, which are joined by their flagship property ETAPA in Sheikh Zayed, will include construction, development management and marketing for the first premium residential towers overlooking the sea, a commercial project, as well as a gated compound in New Alamein.

They will also manage the development of 2 commercial and residential projects in New Mansoura, as well as the Central Business District in the new administrative capital.