Over the years, we have been witnessing many industries invading the advertising world and to be frank, they are proving their existence and that they can create creative adverts and launch creative campaigns.

One of these industries is the patisserie industry, we have been watching the patisserie brands’ adverts for more than 3 years now and they are promoting themselves in a very creative way. For this industry to start creating advertisements, we can say that this step is a bit late, since literally all people know these brands and buy from them.

Each season, these brands launch a campaign and since tomorrow is the Prophet’s Mohammed’s birthday (PBUH), we wanted to review some of the campaigns that were launched over the past years.

Al Abd Is Dominating The Scene

We have to admit that Al-Abd patisserie launches really creative campaigns and its adverts bring joy to the viewers since 2015.

Back in 2018 Al-Abd launched a campaign that went viral; the brand collaborated with the Egyptian composer Hisham Kharma and the musical artist Wael El Fashni and created a song to promote the brand for ‘El Mouled’ season.

It was a smart idea to collaborate with both artists, especially Wael El Fashni since he gained wide popularity at this time. The advert also delivers the oriental Egyptian vibes that make you feel the beauty of this occasion.

In 2019, the brand stated that they won’t be making any adverts as they focused on how different areas of Egypt are celebrating. This season with another jingle, Al Abd nailed its promotional campaign as always. You can again feel all the “Mouled” vibes and the advert is so cheerful.

We can never forget when Etoile launched its campaign during the holy month of Ramadan a couple of years ago and how it went viral extremely fast. Since then the brand has been killing it with catchy jingles, and this year, it collaborated with the famous actor Mohamed Anwar and created another catchy jingle.

In 2019, the brand collaborated with the uprising singer Dina El-Wedidi, -who is loved by many people-, and released a song for this occasion.

This year two new brands have joined the seasonal competition.

Inspired by the cultural insight into the making of Egypt’s “Halawet Al-Mouled”, La Pomme Patisserie also joined this year with a campaign inspired by the famous Bride of “Halawet Elmouled”.

Growing from within aiming at getting a piece of the market pie, Twinky Patisserie promoted its new fresh made “Halawet Elmouled” with a jingle that sounds more like Konafa Nafa Nafa!

Over the years, many brands have released adverts and campaigns.

Tseppas was also one of the brands that participated in 2019 with a campaign to promote “Halawel Elmouled” and reveal the new packing designs that connects the brand old icon with modern design back.

in 2019, Tseppas also released copy dedicated to sugar-free “alawet El Mouled” that was created to enjoy a guilt-free Halawet El Mouled treat. But unfortunately this item disappeared from this years’s menu!

The brand had launched a campaign back in 2016 and its advert was created by Tarek Nour’s agency and it won the MENA Cristal Award.

Out of all these campaigns and adverts, which one you liked the most and though it is thinking outside the box? 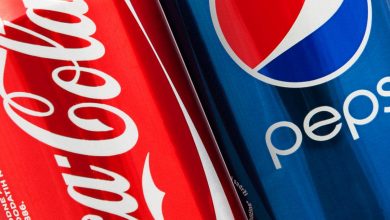