Eco-warriors march and remind us that animals are going extinct from environmental damage, but not many talk about the destruction of people. More specifically, the loss of indigenous cultures and people due to globalization.

To address the homogenization of world culture (when cultures mix and merge until very similar) due to the spread of western culture, photographic artist Jimmy Nelson and JWT Amsterdam worked together to bring in technology to fight against it.

The rise of technology and the internet has long been a focal point in the blame for the loss of tradition and westernization of many cultures, but Nelson and JWT Amsterdam are looking to change that by making technology work towards saving cultures.

Unveiled at SXSW, one of the world’s biggest technology, film, culture and music festivals and conferences, Nelson and JWT Amsterdam’s Creative Partner Bas Korsten presented the Preservation Robot to the world.

The project and robot have a big mission ahead of it; to reverse the homogenization of humanity on social networks and search engines.

According to JWT Amsterdam’s press release,

“Photographic artist Jimmy Nelson has spent the last 30 years traveling to the farthest corners of the world to visit and photograph some of the last indigenous cultures still alive. His work has subsequently been used to garner support and help restore a sense of pride around indigenous ways of life.

Nelson believes that exposing the world to the richness and range of indigenous peoples is the way to safeguard not only their traditions and ways of life, but also to bolster one of humanity’s greatest values: cultural diversity.

Nelson has witnessed the sharp decline in cultural diversity in the last decades, and realized that he needed a far-reaching approach to tell people about this global issue. The Preservation Robot is his effort to reverse this decline. By turning the internet against itself. Literally.”

“It’s probably fair to state that Western culture has a stranglehold on the world. We, the people working in tech and advertising, are propagating that same culture. If not as the agents – then certainly as the enablers. This is why the idea of using technology – the very thing that threatens cultural diversity – against itself to promote cultural diversity is so compelling. This is the aim of The Preservation Robot. A robot to help humans preserve their cultural identity,” said Bas Korsten. 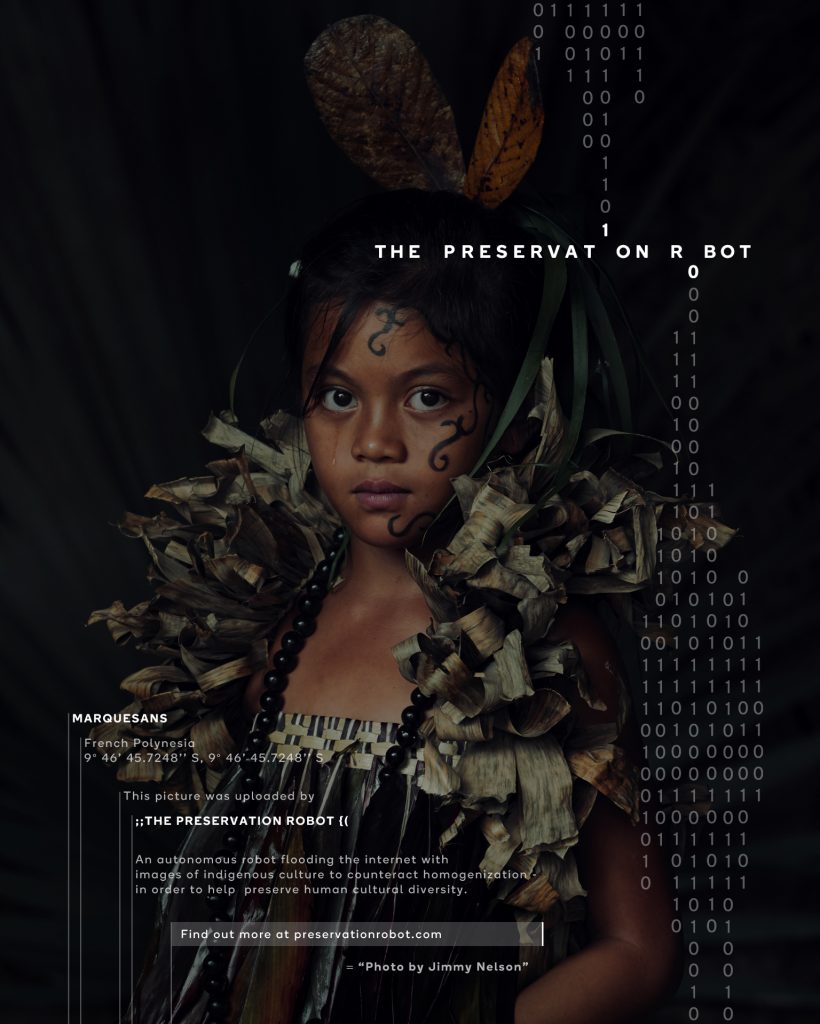 The Preservation Robot is a small 12 inches tall box, each side has a screen; the speaker on top allows for a voice-activation tool similar to mainstream voice assistance devices such as Google’s Assistant. 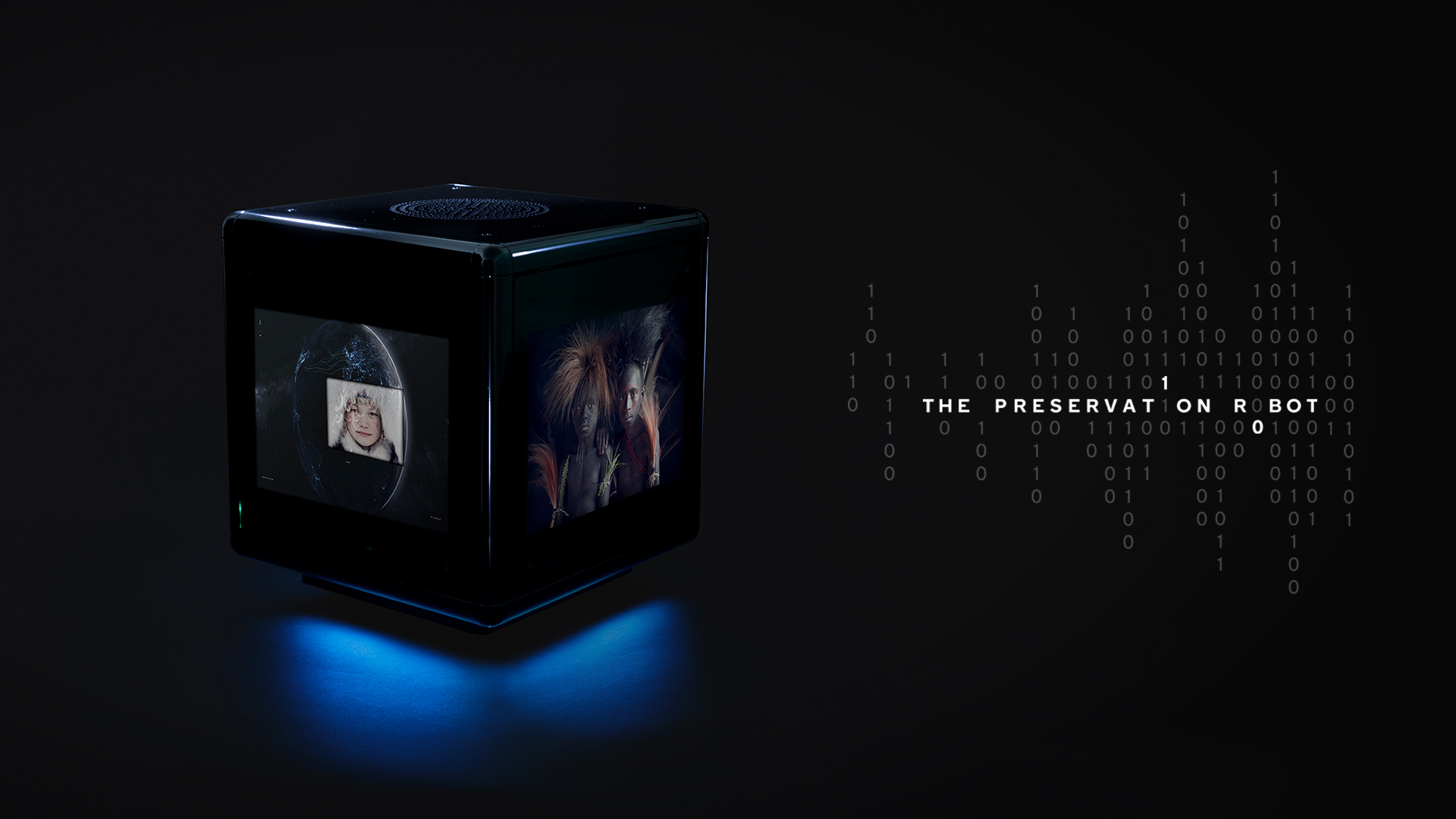 The AI within the robot works by using accounts on websites such as Reddit, Twitter, and Imgur to create free spaces to upload images. The images to be distributed on the world web are “of the most glorious, yet threatened indigenous cultures across the world.” While the robot will be using only Nelson’s work for now, they are planning upload other photographers’ work via the Jimmy Nelson Foundation.

An important element in how the project will become successful in its mission is its growing ability to upload and share the images, as well as its SEO capabilities.

Yes, the robot is responsible for becoming its own SEO Specialist and this will prove to be its more impactful ability as it tries to help repair the damage of globalization online by being some of the first images on various platforms and searches.

According to JWT Amsterdam, “The script that the robot executes is developed in collaboration with SEO (Search Engine Optimization) experts, which means that the uploaded photos will pop up more and more in online searches all over the world.”

Although this project is not client work, it can teach us that creativity and technology can still be used in tandem to provide real world changing solutions for a better tomorrow. 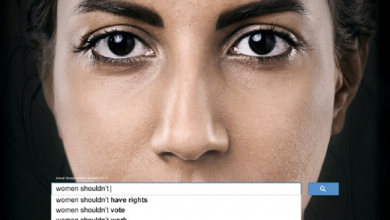 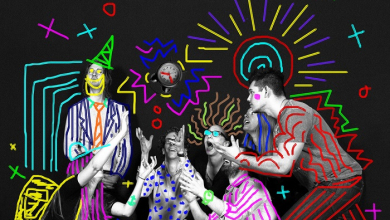 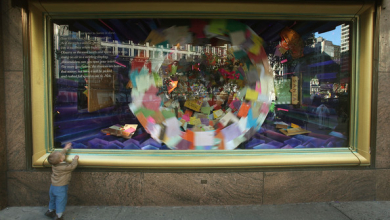