The internet has come a long way since its inception in the early 1990s. In the beginning, the internet was nothing more than a tool for academics and scientists to share information. But as the years went on, the internet evolved to become a commercial space where businesses could sell products and services to consumers.

Today, the internet is a complex network of interconnected devices and platforms that allow people to do everything from sharing photos and videos to streaming movies and TV shows. Here’s a look at how we got from Web 1.0 to Web 3.0.

The early days of the internet were known as Web 1.0. During this phase, the internet was primarily used as a way for academics and scientists to share information with one another. There were no commercial websites or online stores during this time.

Web 1.0, sometimes referred to as the “static web,” was the earliest stage of internet development. This was a time when most websites were little more than digital versions of printed material—think online newspapers, encyclopedias, and Yellow Pages listings. While there was some interactivity on these early websites (you could fill out forms and send emails, for example), most of the content was created and published by businesses and individuals without any input from users.

In the early 2000s, a new wave of startups began to take advantage of the growing popularity of the internet by creating web-based services and applications that allowed users to do more than just consume content—they could now create it, too.

The commercialization of the internet began during the Web 2.0 phase. This is when businesses started to create websites where they could sell products and services to consumers. Social media platforms like Facebook and Twitter also emerged during this time, giving people a way to connect with one another online.

If Web 1.0 was about publishing information online, then Web 2.0 is all about user-generated content. Thanks to social media platforms like YouTube, Facebook, and Twitter, anyone with an internet connection can now be a content creator. These platforms have also given rise to new ways of doing business, such as social media marketing and influencer marketing.

We are currently in the Web 3.0 phase, which is also known as the Semantic Web phase. During this phase, the internet has become more interconnected than ever before thanks to the proliferation of smart devices like smartphones, tablets, and wearable devices. These devices allow people to access the internet anytime, anywhere.

The web2 companies have control over the information provided by the users and they also use their data for marketing purposes. For instance, some of the tech giants like Facebook and Google use their users’ information for advert targeting.

The idea behind web 3 is to have an internet whereby users can have total control of whatever they do online. Here, internet users can create and own their content. 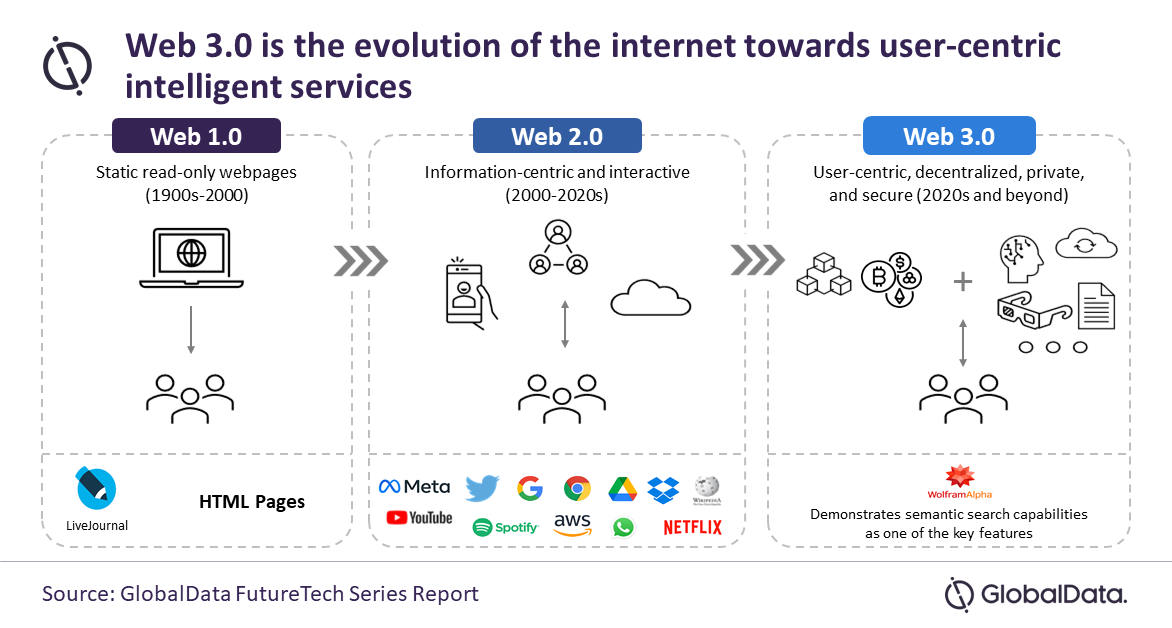 We are currently in the midst of Web 3.0, this is a time when artificial intelligence (AI) is being used to help us make sense of all the data that’s being generated by our online activity. By using AI to identify patterns and trends in this data, businesses can gain valuable insights into their customers’ needs and wants—insights that can be used to improve products and services and drive sales. Additionally, AI is being used to create more personalized user experiences online through things like chatbots and recommendations engines.

The internet has come a long way since it was first introduced in the early 1990s—evolving from a simple tool for academics and scientists to share information with one another into a complex network of interconnected devices that allows people to do everything from sharing photos and videos to streaming movies and TV shows. As we move into the future, it will be interesting to see how the internet continues to evolve and what new technologies will emerge that will change how we use it on a daily basis.

Are local audiences ready for AR and VR? CGEVO talks about immersive experience

Are local audiences ready for AR and VR? CGEVO talks about immersive experience