The 2014 FIFA World Cup, set to kick off Thursday in Brazil, Social Media activity during big sporting events getting higher. Back in 2010, when the last World Cup took place in South Africa, Facebook had just 500 million users as of the first quarter 2014, Facebook had 1.28 billion monthly active users. According to a study by Adobe Systems, the phrase “World Cup” alone generated 19 million social mentions since June 2013 so far in 196 countries, scoring wider reach than the Super Bowl or Olympics.

The social network giant, Facebook will head the match on the world wide web with its new Trending World Cup hub, which pulls in news and the best contents related to the tournament throughout the match.

Facebook announced; For this year’s World Cup, we want to give people one great place to experience the action in real time. Today we are launching Trending World Cup, a dedicated hub for fans on Facebook to follow the tournament as it unfolds.

You also might see posts from the Facebook Ref — Facebook’s ‘official’ official of the tournament. Like his Page at www.facebook.com/FacebookRef for colorful commentary and updates about the matches.

Twitter is even starting right with its sign-up form, giving people who make new accounts the ability to choose their team’s flag as their profile image. Shakira, who has lent her voice to both the 2006 and 2010 official World Cup songs, was one of the first to tweet the return of the hashflag:

You’ll soon be able to access one major timeline just by looking for #worldcup, and from there, find links to all of the teams’ accounts and scoreboards for each game. There are custom timelines for each individual match too, if you want to follow along even more closely.

In a World Cup timeline, you can view Tweets related to the World Cup from people in your network, along with relevant Tweets from teams, players, coaches, press, fans in the stadiums and celebrities.

Also a parallel world cup for Twitter mention created to allow you to vote for your team by choosing from drop down menu, click here then VOTE to send out a Tweet with a hashflag. 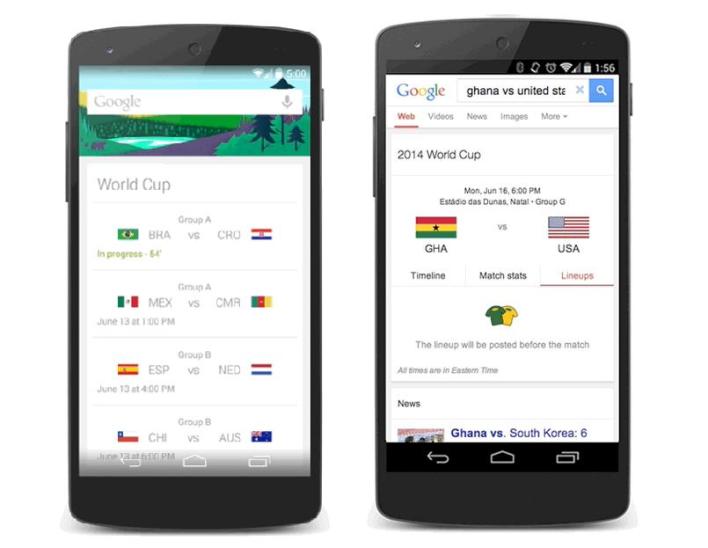 In addition, Google is also bringing stats, scores and team info right to Google Search on the web. You can see a couple examples, which include team lineups, live scores, and real-time match updates, via search queries [world cup] or [world cup usa].

And if you load up Google Now on your phone or browser, you should automatically be asked if you’re interested in match update cards, and then be asked to select your favorite team(s). And finally, if you haven’t already, check out Google’s amazing Street View tours of the Brazilian stadiums that are about to play host to the angst, happiness and sporting talent of an entire planet.

The updated Google Search app for iOS is available on the App Store now and the other features are available on Android and the web.

EXPO 2020 Dubai: Where International and Regional Talents Gather In One Place

Working By The Sea: How Smart Village Takes Work-Life Balance to The Next Level

EXPO 2020 Dubai: Where International and Regional Talents Gather In One Place

Working By The Sea: How Smart Village Takes Work-Life Balance to The Next Level