This week, Egyptians celebrated the first anniversary of launching The New Suez Canal, one of the prevalent national projects in our modern history. According to Vice Admiral Mohab Mamish, the Chairman of Suez Canal Authority, The New Suez Canal raised total revenues by 4% in US Dollars and 13.5% in Egyptian Pounds, in comparison to 2014 and 2015. That boom in Suez Canal revenues happened despite the recession in international trade, which reached its peak this year by 14%.

The miracle of The New Suez Canal goes way beyond its ability to rescue Egypt’s ill economy, after five years of political unrest and decades of corruption. The huge project of digging the New Suez Canal and building new full-functioning communities around it was created in only one year with pure Egyptian funding and by the hands of Egyptian youth.

Despite the aforementioned optimism-inducing facts, some in the international community chose to see Egypt’s economic struggle through a pessimistic lens. The Economist, on the same day of celebrating the anniversary of The New Suez Canal, published an editorial with the shocking and totally irrelevant title “The Ruining of Egypt.” In complete contradiction to what we, Egyptians, are experiencing on the ground, the editorial claimed that Egypt is falling apart and the only way to save it is for President El Sisi to leave power and the world to stop providing Egypt with financial or military support.

To my understanding, this cannot be seen as an editorial, but rather a careless recipe on “how to ruin Egypt.” The editorial’s so-called solutions were nothing but a series of dull incitements that will definitely ruin Egypt if implemented. Meanwhile, the editor failed to mention well-documented statistics or facts to support his inaccurate claims regarding the current economic strife in Egypt and the actual reasons behind hindering faster progress.

The editorial holds President Elsisi accountable for the heavy heritage of decades of corruption and masked inflation, which he is doing the unthinkable to reform. In addition, it ignored the simple fact that Egypt has been through a merciless economic and political roller-coaster since 2011 revolution. Nonetheless, the war on terror at our Eastern, Western and Southern borders and the violent crimes committed by the Muslim Brotherhood at cities along the Nile Valley limited our revenues from tourism and investment, and consequently augmented our economic exhaustion. That is why from day one in power, El Sisi’s regime made economic reform and fighting corruption a top priority.

Under Elsisi, Egyptians witnessed government officials, from low rank civil servants up to ministers, being taken to jail and put on trials for practicing corruption. Last month, the parliament passed a new law to regulate civil service and limit the trajectory of decades of corruption in major governmental sectors. That is in addition to ongoing training programs for civil servants to improve their performance and skills.

The fully-furnished housing units were offered, for free, to the inhabitants of random housing areas in Cairo; i.e. those living in tin houses in dangerous areas with no infrastructure. Tens of similar projects are now being implemented in other governorates, and the priority is given to the long-ignored Upper Egyptian cities, where poverty rates are quite high.

Some chronic problems related to subsidized food and energy resources have literally vanished because of Elsisi’s policies. The nightmares of constant cutting of electricity and lack of gas at fuel stations have become stories from the past. The new system of supplying subsidized food commodities has increased competitiveness between suppliers, improved the quality of the food provided to citizens, and allowed the poor to fully benefit from the subsidy.

Those are just a few examples of many socio-economic reform measures that have been taken within only two years, since Elsisi came in power in mid 2014. The regime’s success in addressing those critical and chronic socio-economic problems in such a record timeframe is, perhaps, the reason why our Arab and European allies are still providing us with military and financial aid.

When providing military and financial support, our Arab and European allies are helping the Egyptian people and not the regime. They are not supporting Elsisi, personally, to remain in power despite the will of the Egyptians. They are not dealing with “the general they know” as the editorial claims. They are dealing with the man whom Egyptians voted for with 97% in democratic free and fair elections to represent them. Our allies voluntarily took the burden of helping Elsisi to solve Egypt’s problems only to make sure Egypt will remain standing on tough ground amidst a boiling region. It is a matter of fact that Egypt’s stability and security is an essential guarantee to the security and stability of both the Middle East and Europe.

I found the editorial’s incitement to Western countries to stop providing Egypt with expensive weapons, one of the most ironic statements ever! Look at the map, for God sake! We are located in the heart of the Middle East, surrounded by falling states from all corners, where terrorism and civil wars have become a statuesque. We are fighting brutal terrorist groups on our Eastern borders (Sinai), Western borders (ISIS in Libya) and even at our Southern borders within Africa. If Egypt, in the middle of this chaos, does not need weapons to improve its military capacity, who does?

What I found even more embittering is the editorial’s portrayal of the relationship between Elsisi’s regime and the Egyptian youth as a combat between adversaries. In complete ignorance to the facts, the editorial claims that the regime “sees youth as a threat” because they were successful in toppling former regimes. As a young Egyptian, who dedicated her life to advocate human rights and liberal democracy, and a proud co-leader of revolutions against former autocratic and theocratic regimes; I felt particularly offended by those claims.

President Elsisi has always been a huge supporter to the dreams and aspirations of my generation, even before he becomes a president. Elsisi was a member of the Supreme Council of Armed Forces (SCAF) when the 2011 revolution erupted. Along with SCAF members, he made the brave decision to abandon Mubarak and side with the young revolutionaries; a decision that could have cost him his life, should the revolution have failed. In 2013, when young people launched Tamarod “rebellion” campaign against the Muslim Brotherhood regime; Elsisi, who was the Minister of Defense at the time, did not hesitate to risk his own life, once again, by abandoning Morsi and siding with the young protesters.

As soon as he came to power, President Elsisi launched The Presidential Leadership Program (PLP) to qualify young people under 30 years-old to become Egypt’s political leaders in the near future. Five hundred young people, at least half of them are women, have already been admitted and are currently receiving their high quality education, for free, under the mentorship of state’s high-profile officials. I cannot mention PLP, without noting that thanks to Elsisi’s policies in support of youth political participation, the number of elected youth in the current parliament hit a historical record of 185 elected members (32.6%).

In 2015, Forbes ranked Egypt as one of the top ten countries around the world for start-up businesses. The Economist’s editor claims that unemployment in Egypt reached 40%. I wonder where he got such an imaginary statistic! According to the Central Agency for Public Mobilization and Statistics, the unemployment rates dropped from 13.3% in 2014 to 12.7% by the end of 2015.

The millions of Egyptians – including youth, women, and Coptic Christians – who elected Elsisi, two years ago, realize that the pursuit of liberal democratization and economic welfare is not a matter of voting. It is a long-term challenge, which we have agreed to take only when we found Elsisi; the strong reliable leader whom we trust can lead us through this tough path. We believe in him, as the right man, on the right time, for the right job. He has never failed us, neither before nor after he came in power.

I find it disappointing that The Economist’s Editor could not spare a few minutes of his precious time to investigate his inaccurate statistics and information, before publishing. The figures that I have mentioned in this article is only a few of the facts, which The Economist editor should have investigated before casually writing his shallow recipe on how to ruin Egypt, while ruining the magazine’s credibility in the process. 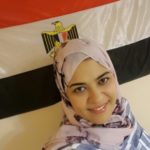 Egyptian human rights activist and founding director of The Liberal Democracy Institute of Egypt, a youth-led think tank advocating human rights and civil liberties as the basis for democratization.