It’s no secret that Ramadan is becoming of less intensity since 2011.. With the current country conditions, economy slowdown, high inflation of advertising prices as well as a horrible business year in 2013 that affected nearly all marketing budgets of 2014.. making advertisers more cautious about where they’ll deploy their monies, thus making Ramadan a bit of a question mark rather than a unmissable advertising festival.. fa yeegi el marketer men dol y2ollak tab mana afokk Ramadan b 3 normal months and still generate the same viewership.. so its a trade off really..

So instead of advertisers fighting over who gets the first spot after Iftar, willing to pay up to double price for a premium position ad; we now see merely 3-4 ads in a 6 hour post-Iftar viewership period in the first day of Ramadan.

See, Ramadan is a game of muscle, so it doesn’t just stop on who can make a good ad… It’s also about who has the weight to keep airing that ad for a full month.. So they literally put their money where their mouth is… Add to that some mandate of advance payments from media suppliers so you find yourself paying millions of pounds in advance vs paying in 60-75 days post airing..

All these reasons combined make us see less ads than we did in years before, and that is why a lot of advertisers are now moving into other high impact alternatives that are relatively cheaper than TV; such as Digital Media, YouTube, On Ground Activation…etc

So I’ll quickly recap on the ads that actually did make it to TV screens in the first day of Ramadan:

Since last year and these guys have been doing impressive ads.. This time taking a bit over the edge with the Hulk Ads.. An exaggerated manifestation of how frustrating it could be to live in our wonderful Cairo.. I mean, who wouldn’t relate to such situations, being stuck in traffic for longer than you’d want, trying to sleep but the ruckus of good old Cairo just wouldn’t let you.

On a serious note though, I’m getting a bit tired of the extremism in all real estate ads lately (including those of Moussa Coast TVC 1 and TVC 2 ) in showing how unbearable the country is; when you want to break free from the bourgeoisie status and live the American dream of a garden, dog and nice little white mailbox with a red flag.. Keep doing this a couple of years more and these compounds will get raided by the underprivileged who think it’s heaven on the other side of the fence… just saying
You can show how great your real estate project is without blaspheming the everyday life of an average Cairene.

Ever since Maxibon launch in 2012, Nestle IceCream have taken the route of retro Instagrammish colors, fused in with some black comedy.. A strategy that worked nicely in 2012, less in 2013 (KhodFeshar) and now this..

I’m not too sure what to make out of it, but my initial feeling was “eww”.. Although it literally list out the product attributes and what it does to you (functionally and emotionally), but I still feel a big disconnect between the context of the situation and the consumption moment.

There isn’t a lot of science behind why I don’t like it.. so I’ll have to go with gut feeling..
Not my cup of tea honestly..

A very cool visual transformation from laborer to school student, or from student to astronaut.. A mellow ad of how little things can make a big difference.. my only issue with it; The Cairokee overkill.. exhausted is an understatement. While the song is actually not bad, but I’m not much in favor of اللي تغلب به, إلعب به theory.

The point about using celebrities in the ad is relevance, association and novelty.. It was a poor choice to recruit a talent that people have heard a million times in a million ads before, and who were much strongly associated with another brand.. Maybe if they would have went for more of an underground band and brought to stardom, it maybe would have played well in their favor.

It’s no secret that CocaCola Egypt has raised the bar of their ideation and advertising to a whole new level. So instead of advertising functionally saying how great the product is; they’re giving you reasons to fall in love with it more with every copy they produce… Thus working to be – as per Saatchi & Saatchi’s jargon – a Lovemark.

In this campaign, Coke have used a mix of being both a global and a local brand.. while getting the best of both worlds.

So while the name-on-Coke initiative is not a new idea (it was actually applied in a nationwide campaign in Australia 2012 , and awarded a Gold Lion in Cannes for the Best use of Outdoor); the way they executed the campaign locally however was very smart.

Instead of paying a gazillion dollars for sponsorship of one mega star.. they got a gazillion local stars/ mini-celebrities; each in his own field.. To make sure that no matter who is watching the copy; they would still relate by seeing a fellow friend/workmate on the TVC..

Below are only the ones I was able to identify… Feel free to add on to those if I missed out on any:

While being a global adaptation, the idea itself is a marvellous platform of sharing and multiplying sales… Imagine going into a 3ozooma and finding each and every person’s name on his custom-made bottle/can.. I have my reasons to love it of course J

While this was a nice campaign reveal, it would be very interesting to see how they use the learnings they got from their friends in Australia to translate a nice-to-see TV copy into a solid business case, so its not just about the TVC, its about how they stretch it further…

Australia grew sales by 7% in 3 months.. will witness another record from Egypt this year? We’ll have to wait and see

Nevertheless, Coke gave us a highly loved and shareable copy that we’d definitely love to see over and over again.. 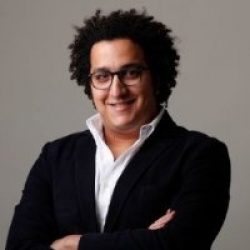 Since graduating with a Marketing degree from the American University in Cairo, Ahmed assumed different roles in the advertising sphere; swinging from creative to media agencies, offline to online media planning and now at the client side.