There is something very conforming about seeing a promotional campaign bringing Pepsi and Vodafone together. You wouldn’t find weird, you wouldn’t find it strange, and you would instantly feel the ‘business chemistry’ existing between those big brands. And that what blends the promotional strategies for those two brands perfectly.

And this time they’ve done it in the most creative ways possible. Thanks to Mohamed Hamdallah (KTP Agency), who is the original director of ‘Monaya’ clip, that he did not treat his video clip as ‘good at its time’ one.

He knew well the WOW effect it had on a generation who is now a core target audience for both brands, because of its very out of the box technology during that time!

The clip idea was a great success in its days, and its existence is recycled through a very much relevant/unique platform, supporting the intended message in a very simple yet meaningful way.

Recharge from Vodafone to win Pepsi:

“Nos felousak dayman rag3alak” ; the idea of drinking Pepsi to win minutes, or recharging from Vodafone to win Pepsi, and linking it  to the melody and singer of Monaya ‘Mostafa Ammar’ is likely to be very impactful, as it carries the same’ two-ways round’  idea of the clip.

Being a ‘promotion-centric’ campaign might explain why Mostafa Ammar is the choice, it’s all that both brands aim to increase awareness and engagement on the promo itself not the celebrity endorsing the ad! Well Played 😉

Although the idea might be genuinely exciting, the ad wasn’t the best in terms of execution…If it didn’t carry the same melody of Monaya, would you still recognize that the ad resembles Monaya clip with its technology effect?

I don’t think that was clear in terms of picture and execution, which would have been way more vibrant and engaging if it has the same exciting executional elements of the original clip. 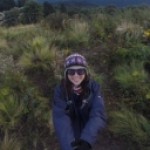 Lina is a Consumer Good Professional with 7 years of experience in the different fields of Marketing and Sales. Between Dubai and Cairo she had spent all her career life. Reading people minds and analyzing trends for a living.With great passion and love brands, people and how each of them shape/affect one another.

Employees’ Rights Everyone Should Know About

The Role of E-Commerce: How It Became A Dominant Field and Changed Lives

Women VS Patriarchy: Challenges They Face In Workplaces And How They’re Overcoming Them

Hiring Lessons You Need To Learn Before Interviewing Your Next Candidate

Employees’ Rights Everyone Should Know About

The Role of E-Commerce: How It Became A Dominant Field and Changed Lives

Women VS Patriarchy: Challenges They Face In Workplaces And How They’re Overcoming Them

Hiring Lessons You Need To Learn Before Interviewing Your Next Candidate

Vodafone and Pepsi take us back to 2002 featuring Moustafa Amar

Why Communications Capacity Building should be on your To-Do…

Wael Fakharany: Why Personal Branding Is Essential To Career… 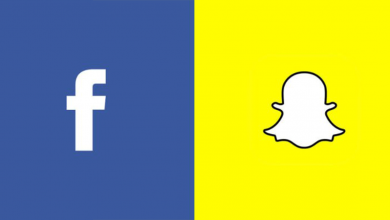