Creative thinkers in all industries and marketers in particular, face a daily dilemma whenever they start working on a new project, no matter how passionate and motivated. With a constantly changing and innovative audience, there are new ideas being generated by the minute all over the world in all industries. How do they differentiate between being creative and imitating someone else’s thoughts and work?!

“Immature poets imitate; mature poets steal.” said T.S Eliot in his collected poems book, it was rephrased throughout the years to become Pablo Picasso’s famous quote, “Good artists copy, great artists steal.”, which after that it was quoted by Steve jobs who made some controversial comments about innovation during his career.

Recommended ➤ Have you ever read about Apple’s core values?

The confusion of this quotes has perplexed many people in all creative industries. It was interpreted in many ways. What we find is more appropriate though that we can break it to two Paths; Original ideas and Blind imitation.

What differentiate this two processes are whether you are a creative marketer who has a vision and thinking strategically with blunt, bold approach or a lazy marketer who doesn’t want to take the risk of stepping outside the boundaries and lines of the norm and choosing a shortcut to fifteen minutes of fame, to create a buzz and fading out when something more buzz-worthy comes along, forgotten.

Whatever creative industry you are in, when you start thinking for creating a creative campaign or artistry, it is because firstly; you are faced with a dilemma, stumbled upon something that is lacking or it can be a mere feeling or a message your brands needs to hummer on in reaching their goal.

Secondly; you will start envisioning and planning how to solve it, analyzing why you find before-mentioned incomplete work, or best way to express said feeling or message. It will be with the ultimate purpose to add value, deliver a message or your interpretation of a paradox or a mere feeling.

Thirdly; the research phase begins, you look around to find relative topics to the one you are facing, pin-pointing the audience you will be targeting and their interest, along with the best creative way to resonate in people’s minds.

And here lies the liberating concept that there is no such thing as original creative ideas, we are constantly creating and innovating creative ideas from observing the ever-changing nature around us, and searching for inspiration in others’ work.

The secret to creativity:

When you sit down to start planning your campaign, you find the final result as a combination of all the inspirations that you previewed, but it will be entirely yours, as it’s the way you perceive it will shape the outcome, you will add your flavor and believes in it, your own vision and your unique approach to deliver optimum impact for your brand.

You accumulate the information at the back of your mind, subconsciously saving what you admire and what you disliked and noted what to do differently for a greater impact.

Albert Einstein gave us a new way to looking at it when he said “the secret to creativity is knowing how to hide your sources.”

[su_pullquote]If You Steal From One Author, It’s Plagiarism; If You Steal From Many, It’s Research. [/su_pullquote]A creative mind will not imitate others’ ideas for the sake of creating something, they have to be satisfied with the end result, it has to match the vision in their mind, and what it will add to them. All variables has to align to serve the bigger goal.

There is always a purpose and a drive that influence creative minds. When discussing creativity and imitation we can not forget about Charles Caleb Colton, the English cleric, writer and collector, he was the first person to say in his book Lacon, Or, Many Things in a Few Words: Addressed to Those who Think.

When you have a concept in your mind, then you find someone else already thought about it, but they are approaching it from one angle or a narrower scope than what you have in mind, you have the concept now materialized. When you get this concept and keep adding to it, till it reaches the vision you have in your mind.

The outcome you will generate will ultimately bury that first concept under the dust due to the extent you reached. When you take credit for it, it will not be considered imitating because you steered it to a new direction. The old one will not hold a candle to your innovative, creative approach.

Here is the misconception we call creativity. It is not a thought that we build from scratch, we think in a different way, we each look at it from our own personal experiences and mixing it with what its potential to be. How we see it to be.

Plagiarism is a human nature, starting when a baby is born, the learning process start by mimicking their parents, from gestures, talking, walking to principles. We later on start learning by imitating and copying our role-models, mentors and so on.

So imitating is a way of learning, and it stops at that. The line between inspiration and plagiarism starts to blur when imitating a certain tactic or concept without adding anything to it and then not giving credit to its original owner. Referring it to yourself is when you cross a hard line.

When you imitate a concept and don’t add value to it, don’t build on it your own vision as well as, not crediting the idea to it’s owner, then you will be looking for a fifteen minutes of fame. This approach will crash and burn and come back to bite you at the minute sixteen.

All because of the simple fact that, it is getting much easier now to know the origin of an idea with a combination of a keywords in a search engine. The history doesn’t die on the internet. It is there for anyone to see, so at least, when someone plans on blindly imitating, choose to copy an old tactic or concept, not a recent and award winning concept, make people dig a little harder for the very least, which we totally do not support either way. 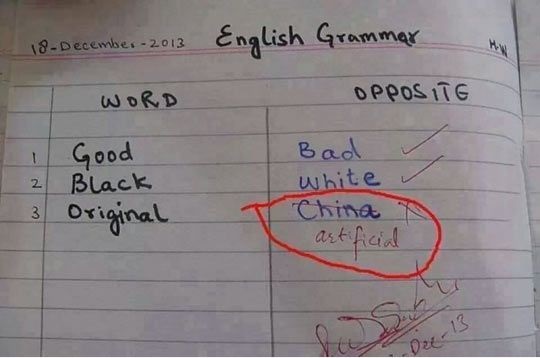 Just put into consideration if any brand or creative person plans on going down this route that the internet has no mercy on plagiarism, because when it is figured out, it will decrease and harm your credibility and trustworthiness.

There is a difference between copying and stealing, which takes us back to T.S Eliot. That difference lies in when copying something means, that it was blindly imitated by a mediocre marketer with nothing added to it whatsoever, stealing means on the other hand, that you hijacked the concept and transformed it to your own envisioned idea. You stole it for a reason, and that reason is to take something great and make it greater.

Then and only then, you can call it your own creative idea.

If you admire a concept or approach that was already tried and worked before and can’t connect it to a bigger picture that helps deliver your message. If you can’t synthesize it to serve your goal. So, simply copying it for the sake of generating content will certainly backfire. In no time.

Marketers have the freedom to explore others’ work, they are obligated to. Being up to date in this ever-changing industry is a must. Observe, criticize and innovate.

The latest Orange Egypt “Ghaneely” mobile application campaign, launched almost a week ago which gained 15k reaction, and was shared 1,933 times. We will wrap up with a food for your thought, real-life example of Inspirational or Plagiarism situation.

For reaching all audience segment and producing an interactive advert, which showcase great engagement rate, of fans adding their own music to the music-less dancing choreography.

Don’t get stuck on someone else’s idea. Study what was the campaign’s strength and weaknesses. If it will benefit your goal, then envision how you can add to it, how you can best innovate it, take out the weaknesses and deliver your message in a world-class standards that only you can deliver.

Days passed and it is brought to its fans’ knowledge that the concept was used last year by 5FM which is a South African radio station that has produced an ad which won three Loeries Awards, 2015 and Markdives.com Ad of the Year, 2015.

Is it considered inspiration or Imitation?

N.B: the quotation’s history was mentioned to hummer on the fact that the if brands imitate, others will find the source real quick.

Plagiarism Vs Copyright Infringement: Avoid and Protect Your Work From Them

Plagiarism Vs Copyright Infringement: Avoid and Protect Your Work From Them