What do you know about the word “Kiss”?! Keep. It. Super. Simple.  You really thought I’ll discuss any other kiss in a marketing magazine? Nah. You’d have to go to Google for that. Still, I can tell you all about a different type of viral kiss. The viral kiss I want to talk about is not a kiss laden with viruses. It is a kiss, filmed and uploaded to media-content curating social network, be it YouTube, Vimeo, Instagram, or otherwise. It is then shared it after its publisher gets  it edited, prepped and ready and fit enough to face the music, especially if the content he or she  agreed to share with the internet publics, was ..ummm.. a little spicy !

Almost two week ago, I came across – as much as many of you must have – an article titled “20 Strangers kissing for the first time” that included a video titled “First Kiss”.  I was taken aback a little bit. I thought to myself that the people behind it must have toiled to convince strangers to be videotaped kissing other strangers! The thought didn’t stop me from clicking to watch it. Well, I watched it, loved it, and shared it, but was not completely convinced that it was merely someone’s creative project, filmed and shared by the makers in hopes of making themselves known by promoting their work to garner publicity. The comments beneath the video were rife with skeptics just as myself. These supposed “strangers” seemed suspiciously too friendly to believable.

Apparently, the video spread like wildfire over the past 2 weeks across social media networks. Within this period, it became a sensation by exceeding 65 million views – and still counting. The video was, however, met by a storm of negative feedback, severe criticism, ridicule and in some cases, outrage, Why was the public outraged? They were outraged because they were duped!  Viewers thought they were watching raw authentic moments of intimacy between random strangers. Authentic moments captured by a creative director for the sake of art. Yet as it turns out, it was nothing but a commercial–an ad for the fall collection of a new clothing line for a retailer based in Los Angeles called Wren.

Reality bites, doesn’t it? It does and in this case the victim was the brand’s image! Many viewers, potential customers, were cheated by the promise of the title. Selecting models, actors, actresses and musicians for a staged act that gets falsely promoted as a real one, was indeed, a cause for the outrage of many.

Also Read: How to create a viral video marketing with zero cost

In her defense, Melissa Coker, 35, the founder and creative director of the clothing company, said “There was no intention of hiding her company’s involvement. The video flashes “Wren presents” at the beginning and also mentions the company in the credits. “There was no part of it where this was a secret,” but again, the problem still lies in the fact that “wren” could be the name of anything, a production house, for instance. It wasn’t clear, and they were not strangers. In this particular campaign, it will take the social media analysts sometime to determine whether people’s engagement with this particular campaign, was compelled by their interest in the brand itself or rather the “cute” idea of strangers kissing. The variables will overlap at some point. I, personally, shared it for the kissing part, never the clothes.  How many out there, like me, shared it for the same reason?

This leaves room for the quintessential question to marketers and anyone who aspires to successfully build a brand’s identity online: what makes people share content? I will leave this one for you to ponder upon. Please feel free to share your insights in the comments section. I’ll be addressing this dilemma in a separate article. Yet, for now, let me give you some insights on why this particular video made it big.

Here are some anecdotal unquantified assumptions on why the video picked up fast:

I read an article by Karin Kloosterman suggesting that , particularly in the Middle East, people might have liked it because of what he called “Social issues and Middle East sensibilities” blaming it on the “Fragile Ecosystem in the ME”.

“Social issues like transgenderism in sports, gay rights in countries like Kuwait. Or the right for women to drive in Saudi Arabia; men to hug freely in the Middle East all impact human rights, and inevitably our relationship to our societal and external ecosystems. Intimacy and seeing it in the face as this video shows can be difficult, exciting and surprising.” said Kloosterman.

There was another good and valid reason that was mentioned in Amanda Hess‘ article. She says, “I doubt that millions of viewers would be so quick to celebrate a video of randoms kissing if they were all less thin, hip, stylish, charming, and well-manicured.” It’s true. The video appealed to the society’s standards of beauty and grace.

The video became an internet sensation and those who devised the campaign succeeded at thrusting it into the limelight for a few days, which inevitably led to a momentous spike in sales! Bottom-line, the controversy backlashed but it worked, in a way. Marketers, sometimes, tend to devise campaigns that create controversy as a powerful tactic and factor in the creation of brand awareness. Not only the awareness that fades as soon as the brand’s activity or campaign’s lifecycle declines, but the awareness which sticks to the memory and fulfills every online marketer dreams: triggering the purchase intent! Now, we’re talking ROI (Return on Investment)—music to the ears of every brand owner.

Honesty an Important Catalyst: Calling a spade, a spade!

This is not necessarily an indicator that sweating to launch a viral video/campaign with the intention to produce a confusing buzz counts as a guarantee to increased sales, social media is tricky. If you think it’s easier to go viral using a little controversy that bumps your sales up, like in Wren’s case, you’re mistaking. It might just be the case that sales could have doubled if there were some truthfulness in the original message. Don’t settle for second best. As a brand, you don’t want to be remembered by the number of the marketing slips you made. Sales will always fluctuate, but a negative idea is always tattooed not only to people’s minds, but also to the internet’s ruthless timeless memory. Remember, people will Google you!  It’s inevitable because today’s educated, connected, customer researches you and asks his peers about you!

Domino’s Pizza struggled with the appearance of negative video titles about it on Youtube for years until they were introduced to the idea of “Listening” and decided to entirely re-structure the brand’s image and gradually improve their brand identity.

A Viral Kiss Video With a Marketing Edge

So, for Wren, it could have been played differently to add a marketing edge.  Campaign executives could have attributed the fall’s collection to the beauty of kissing in winter, for instance, or simply positioned it as a collection, so tasteful and aesthetically pleasing that it will draw strangers to like one another and eventually kiss! Or they could have even given tips on kissing, to subtly hint that customers will need them with the new attire that will make them look sexually appealing or so. The director could have actually gotten real strangers rather than professional performers. Authenticity would have gone a long way to avoid viewer’s fury. In short, the campaign’s masterminds should have been candid on the fact that it’s a commercial, more thoughtful on the image they wanted to create, and more importantly, the action they aimed at driving.

Several parodies followed the original video, and were published on Youtube, such as this one made by Saudi Arabians, titled “Saudi First Kiss Parody” and another one titled “We Got 20 Strangers Who Aren’t Models to Kiss Each Other”, to mention a few. From a marketing point of view, this has its plus sides, it serves the original campaign in extending its  lifecycle.

All in all, when it comes to online marketing, you need to practice listening before you attempt to attract your customers’ attention. 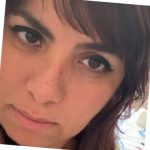 Digital Media Manager, manage different teams that are geared towards digital media content creation, development and production. I make noise and increase your share of voice on the internet sphere, a game I love to play.

Twitter Celebrates Eight Years: There's a #FirstTweet for everything. 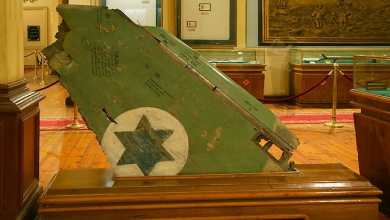 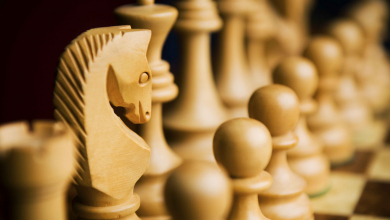