Egypt Consumer Confidence went up five index points in the third quarter to a score of 90, according to the latest Nielsen’s Consumer Confidence Index Report. This brings the confidence score to the same level as the first quarter of 2015, the highest score since 2012.

The Nielsen Consumer Confidence Index measures perceptions of local job prospects, personal finances and immediate spending intentions among more than 30,000 respondents with Internet access in 61[1] countries. Consumer confidence levels above and below a baseline of 100 indicate degrees of optimism and pessimism, respectively. The global survey was fielded August10 – September 4, 2015.

In Egypt, sentiment for the three economic indicators increased on all counts. Sentiment about future job prospects as well as confidence in investments increased by three points to reach 43% and 36%, respectively. Confidence in personal finances saw a significant increase of five points up to 55%.

Tamer El Araby, Managing Director, Nielsen North Africa & Levant noted: “Other than the drop in the second quarter of 2015 which was consistent with the season, we find that there is constancy in the general sentiments of the Egyptian consumer. In comparison to last year and a score of 85 points, the Egyptian consumer is definitely in a better place today. There is a general sense of stability and optimism towards future prospects. The youth of the nation who account for 33% of the population, is actively working on building their future.”

Despite the increase in confidence with regards to job prospects, ‘job security’ was cited as the top concern for the second quarter in a row, closely followed by ‘terrorism’.

Concerns about the economy have been rated third most significant, though it was sighted as a secondary concern.  The number of respondents believing that the country is in recession has dropped to 76% from 82% in the last quarter, and is so far the lowest rate in 2015.

Regionally, consumer confidence decreased in three of five countries measured in the Middle East/Africa region but increased four points in Saudi Arabia (109) and five points in Egypt (90) in the second quarter. It decreased one point in the United Arab Emirates (107) from the second quarter. Confidence declined five points in South Africa to 82 and one point in Pakistan to 101. Morocco marked its first introduction to the Nielsen’s consumer confidence survey in the third quarter with a score of 85.

Globally, consumer confidence increased three index points in the third quarter to reach a score of 99, the highest level since 2006, but uneven growth continues around the world as confidence stabilizes and grows in many advanced economies and declines in many emerging markets.

ABOUT THE GLOBAL SURVEY OF CONSUMER CONFIDENCE AND SPENDING INTENTIONS

The Nielsen Global Survey of Consumer Confidence and Spending Intentions was conducted Aug. 10 – Sept. 4, 2015 and polled more than 30,000 online consumers in 60 countries throughout Asia-Pacific, Europe, Latin America, the Middle East/Africa and North America. The sample includes Internet users who agreed to participate in this survey and has quotas based on age and sex for each country. It is weighted to be representative of Internet consumers by country. Because the sample is based on those who agreed to participate, no estimates of theoretical sampling error can be calculated. However, a probability sample of equivalent size would have a margin of error of ±0.6% at the global level. This Nielsen survey is based only on the behavior of respondents with online access. Internet penetration rates vary by country. Nielsen uses a minimum reporting standard of 60% Internet penetration or an online population of 10 million for survey inclusion. The China Consumer Confidence Index is compiled from a separate mixed methodology survey among 3,500 respondents in China. The sub-Saharan African countries in this study are compiled from a separate mobile methodology survey among 1,600 respondents in Ghana, Kenya and Nigeria. The Nielsen Global Survey, which includes the Global Consumer Confidence Index, was established in 2005.

Nielsen Holdings plc (NYSE: NLSN) is a global performance management company that provides a comprehensive understanding of what consumers Watch and Buy. Nielsen’s Watch segment provides media and advertising clients with Total Audience measurement services across all devices where content—video, audio and text—is consumed. The Buy segment offers consumer packaged goods manufacturers and retailers the industry’s only global view of retail performance measurement. By integrating information from its Watch and Buy segments and other data sources, Nielsen provides its clients with both world-class measurement as well as analytics that help improve performance.  Nielsen, an S&P 500 company, has operations in over 100 countries that cover more than 90 percent of the world’s population. For more information, visit www.nielsen.com 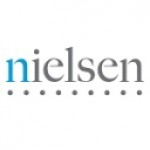