Every year on 21th of March Mother’s Day celebration come honoring mothers in Egypt, as well as motherhood, maternal bonds, and the influence of mothers in society. Brands wouldn’t miss the opportunity to play around the iconic event.

Well, first of all I would personally like to thank all our mothers for blessings our lives by just being there for us. And yes this year many brands took branded content seriously and started to showcase their creative ideas with Mother day’s video.

Some videos were hilarious, many were emotional and some were ridiculously haa !! What !! Ehh !!

Below are the best list this 3eed El Om

A super creative idea built on an extremely sensitive insight,. Nothing else to say but Well done

A very simple idea, has been utilized before yet done and addressed in an entertaining cool way with an-unexpected emotional turn at the end that was SPOT ON

A daring idea, a clever choice of role models coming from all walks of life and last but not least an interesting/touching context.

Post by Philips Home Living.
Could Have Done It Better [CHDIB ]

Huawei’s video was quite creative yet instead of taking a humorous approach they took an emotional approach instead. Then by watching the video till the end it felt like watching those Ramadan ads of NGOs who are collecting donations for a specific cause.

A fun video, a cool idea and an amazing host, yet was expecting a more daring and truly a “mish impossible” idea from Ramez rather than the Make Over surprise !

And finally a video that is worth watching , its simply reflects the funny side of the Egyptian Moms when giving them some unexpected love.

And below is the same idea done but CHDIB 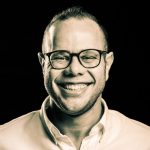 A self-motivated and driven communications and marketing enthusiast who’s passionate about moving companies and organizations onto the digital space to reach and connect with their consumers in meaningful and innovative ways. I lead diverse teams in providing excellent client servicing and 360 communication strategies that have transformed businesses and allowed them to tap into the vast potential of digital, data, content and social media in unprecedented ways.