Everybody’s favorite Pharaoh player is back at it on the advertising stage with his newest partnership with oil manufacturer Mobil. Only 5 days away from one of the biggest ad seasons of the year, Mobil plays on the left winger’s trend-setting prowess with this new AFCON ad.

It’s clear to see that the general message of the ad is when Salah moves, millions move with him, while Mobil also helps millions move everyday.

Throughout the ad, we can see examples of trends inspired by the footballer.

His popular one-legged yoga celebration, which he debuted earlier this year at a match against Chelsea, makes an appearance as he wins a match of Foosball/table football.

Last summer, the football superstar helped explode the popularity of Mark Manson’s book “The Subtle Art of Not Giving a F**K.” Since then, the book can be found in almost every bookstore in Cairo.

Is the book any good? Check out our review ➤ Why not giving a fuck helps you to overcome negative experiences

The ad pokes fun at this with their own similarly-styled book, “Protect What You Love.” Suddenly, dozens of people are running around with the book, and it even gets sold out. 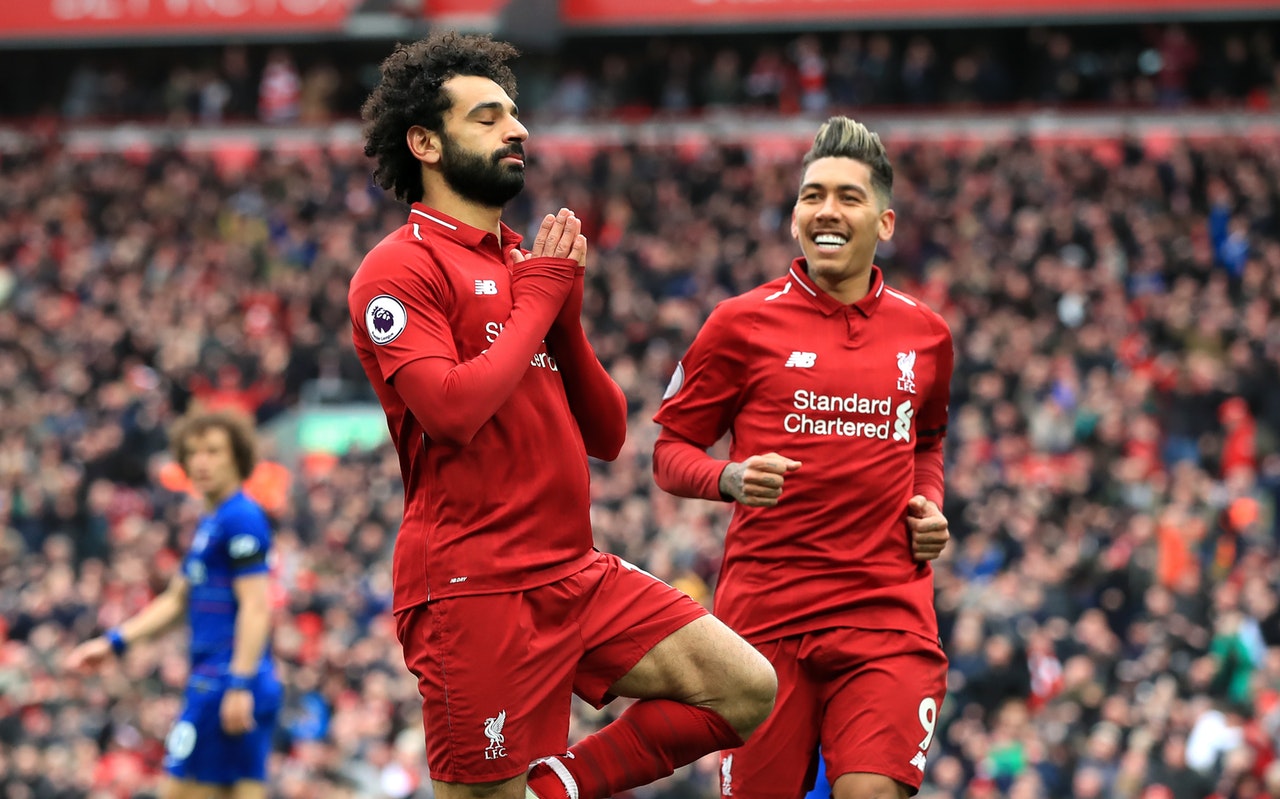 The book’s title is also a subtle subliminal message from Mobil, a classic phrase for the oil industry across the world; just last year, Mobil’s competitor Castrol used the phrase for a campaign in India.

According to LiverpoolEcho, Salah actually started filming the Mobil ad just hours after Liverpool’s loss to Barcelona on May 1st, and in good spirits. They also mention that he needed a stunt double at one point, but looks like that got canceled out as even the agency’s cut doesn’t seem to include anything intensive.

Honestly, it seems like Mo Salah truly enjoyed filming the ad, flashing multiple genuine-looking smiles at the camera throughout multiple ads, a hard thing to do we’re sure after the 3-0 defeat against Barcelona only hours before shooting.

Mobil launches their ad as one of the early birds for the upcoming AFCON ad season behind companies such as Etisalat and Vodafone, another ad including Salah.

According to Enterprise at least one category of tickets for the AFCON season have already been sold out, stating in their newsletter that “word through the grapevine is that the EGP 150 third-class tickets are no longer available for Egypt’s matches, with Youm7 reporting that tickets to the opening game were sold out.”

Have you gotten your ticket yet?

Getting To AFCON: SWVL Announces Official Sponsorship With Surprises