After a plane operated by Lufthansa discount carrier Germanwings crashed in southern France on Tuesday morning, both airlines turned their logos black and grey on social media in an action should be added to Lufthansa social media case study.

The plane, which was en route to Duesseldorf from Barcelona, had an eight-minute descent from 38,000 feet and crashed. Most accidents, however, occur during takeoff or landing.

In a corporate move that seems all too common these days, Germanwings changed its logo following a plane crash involving one of its Airbus A320 airliners Tuesday. Of course, there’s good reason for the move that was made out of respect — the plane, which crashed in the French Alps, was carrying 148 passengers, all who are feared dead, according to authorities.

A look at how Germanwings altered its logo on social media:

Shortly after, Lufthansa confirmed the crash, saying it was “shocked and saddened” by the incident:

Our thoughts and prayers are with the families and friends of the passengers and crew members. 5/5 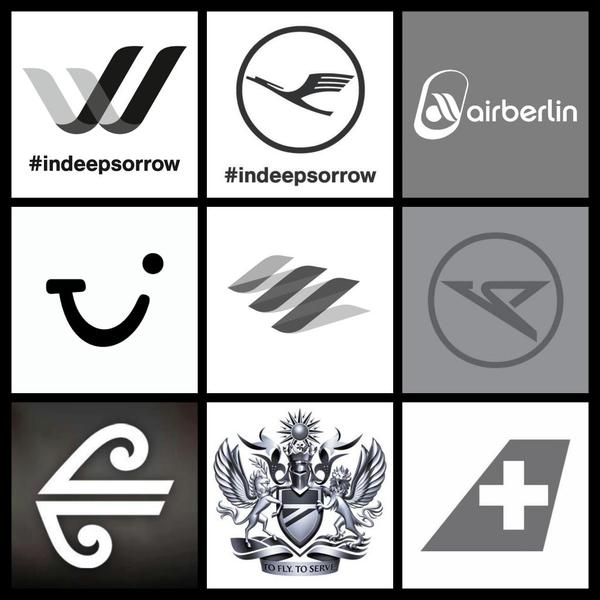 “There is absolutely no issue” with the age of the plane, Germanwings CEO Thomas Winkelmann said at a press conference.

The pilot had been flying for more than 10 years and earned 6,000 hours of experience. The Germanwings CEO said the airline is, at this point, drawing information solely from data provided by the French radar system; other information has not yet been checked.

This is not the first time a company was forced to change its logo over tragic circumstances. In late December 2014

And though Malaysia Airlines did not alter its logo following the disappearance of MH370 and the crash of MH17, the airline has announced major rebranding efforts after the two incidents.

MENA Region Professionals: Why You Should Develop A Personal…

Mercedes-Benz Give A Brilliant Happy 100th Birthday Gift To…