Some people fail to realize its power of Social Media listening and collecting and analyzing information not just about your customers but also your competitors or, even your employees.

The famous Microblog “Twitter” is usually used for publishing your thoughts and expressing your feelings in 140 character. But! in the case you will tweet about your job or, your feelings about your boss, be-careful because your tweets would cost you allot, It might literally cost your job !

The story by a girl who goes by the Twitter name @Cellla_. She was supposed to be starting a job at a pizzeria. But then, she didn’t. In recent days after she lost a job just one day before start because of one tweet ! 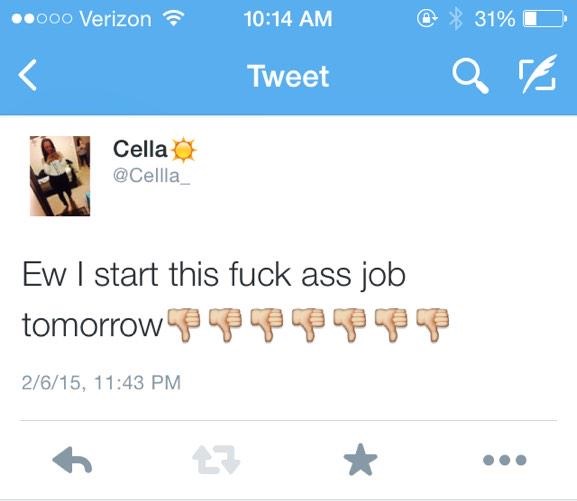 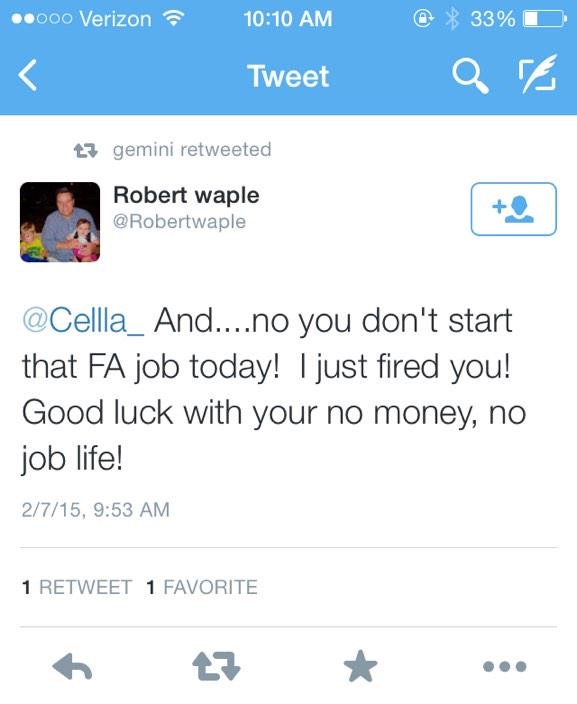 It seems that one of her (future to be) co-workers sent a picture of her tweet to her boss and he was not so pleased to read @Cellla_tweet !

Even if she never mentioned the company or, the brand name in a negative sentiment but her boss decision was not to give her the chance to get involved in a job she didn’t like in the first place. Just make sure that you are not immunized against the consequences of your words on public websites like Twitter !